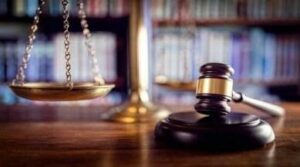 The Gujarat High Court on 18th July 2022 dismissed a writ petition filed by a Pakistani citizen challenging the Superintendent of Police’s decision to order him to leave India within 24 hours of receiving the notice, through the single bench of Justice A. S. Supehia in the case of Akil Valibhai Piplodwala (Lokhandwala) vs District Superintendent of Police, Panchamahal at Godhra (Special Civil Application No. 13566 of 2022).

The Petitioner, in the present case, claimed that he was born and raised in India, married an Indian citizen, and so eligible for citizenship under Section 5(1)(c) of the Indian Citizenship Act. He challenged the authorities’ decision because it violated natural justice principles.

The ASG argued that the Petitioner had been residing in India without legal permission or authority for over 40 years. It was alleged that a civil suit brought earlier by the Petitioner was partly decreed, and respondent authorities were barred from deporting the petitioner until the Central Government decided on Section 9 of the Citizenship Act. The appellate court, however, overruled this order. The abovementioned ruling was not challenged by the petitioner, and nothing on record indicates that it was challenged before any higher forum. As a result, he stated that the present petition was unqualified under Articles 14 and 19 of the Constitution.

Further, it stated that the Petitioner is undeniably a Pakistani citizen and that under the law established by the Supreme Court, he cannot claim Articles 14 and 19 of the Indian Constitution, and hence has no right to enter or remain in Indian territory. He is obligated to do the act in accordance with the order issued by the respondent authorities.

Accordingly, the writ petition was dismissed.

Read the full judgement at.