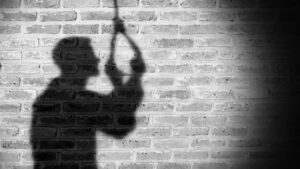 The Gujarat High Court on 27th June 2022 held that an employer scolding its employee for failing to maintain office discipline would not amount to the former abetting the latter’s suicide and would not constitute an offence under Section 306 of the IPC, through the single bench of Justice Nirzar S. Desai in the case of Sanjay Kanakmal Agarwal vs State of Gujarat (Criminal Misc Application No. 19305 of 2022).

According to the facts of the present case, the Petitioners were the employers of the complainant’s daughter, who committed suicide days after being scolded for attending their client’s function during office hours. They sought the dismissal of the FIR for offences under Sections 306 and 114 of the IPC.

The complainant alleged that his daughter committed suicide by hanging herself as a result of “harassment” from the Applicants. It was stated that the Applicants scolded the employee for attending an event during office hours and threatened her that legal action would be taken for such conduct and that her licence would be suspended.

The Applicants relied on Vaijnath Knodiba Khandke vs. the State of Maharashtra and others [2018 7 SCC 781] and argued that the elements of Section 306 were not satisfied in the present case. Furthermore, if the employer wished to maintain discipline in the offence, it would not constitute inciting or abetting suicide.

The Court remarked that the alleged incident happened on June 23, 2020, but she committed suicide a week later. Furthermore, the FIR was registered 9 days later. The Court held that if the petitioners had been involved in the deceased’s suicide, the deceased would have taken that drastic step immediately (not after a week). Furthermore, no suicide note incriminating the applicant was discovered.

Read the full judgement at.