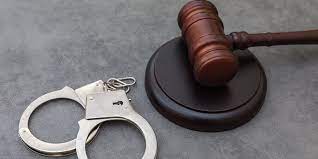 This particular decision is upheld by the Punjab and Haryana High Court through the division bench of Justice Anil Khestrapal in the case of SMT. PARKASH DEVI Versus RAJINDER KUMAR (SINCE DECEASED) THROUGH HIS LRS. AND ORS. (RSA-2819-2007(O&M))

The plaintiff (Sh. Rajinder Kumar son of late Sh. Bishamber Dass) filed a suit for possession by ejectment of the defendant from one of his shops. He claimed the decree of possession on the ground that the tenancy in favour of the defendant (late Sh. Diwan Chand Chowdhary) has been terminated. The defendant, while filing the written statement, denied the relationship of landlord-tenant and in fact, claimed that the premises are owned by his wife Smt. Prakash Devi, who has constructed the shop in dispute as well as the nearby shops on a plot bearing Khasra No.165. It was asserted that late Sh. Bishamber Dass, the plaintiff’s father was the owner of 5 biswas of plot comprised in Khasra No.165, which was purchased by an agreement to sell dated 01.02.1984, on payment of the entire sale consideration. Late Sh. Bishamber Dass also executed a registered Will, registered General Power of Attorney, registered Special Power of Attorney and an affidavit on 01.02.1984. Thereafter, on
the basis of the aforesaid General Power of Attorney, late Sh. Diwan Chand Chowdhary transferred the property in favour of his wife Smt. Prakash Devi vide sale deed dated 14.02.1992. The defendant, after the purchase, constructed various shops on the plot in question and started running his business while letting out his other shops to different tenants and has been receiving the rent from the other tenanted shops.

As far as the facts and circumstances of the instant case are concerned, the court noted that the defendant has discharged her primary onus by producing the documents and examining the witnesses and the onus rests on the plaintiff to prove that late Sh. Bishamber Dass never executed these documents. As far as the argument of the learned counsel representing the respondent that the agreement to sell was compulsorily registrable under Section 17(b) and (c) of the Indian Registration Act, 1908 is concerned, the court held that Section 17(1)(b) and (c) are not applicable to an agreement to sell.