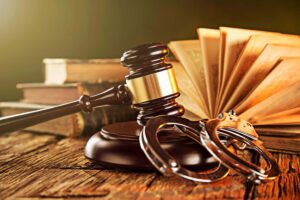 The Karnataka High Court on 23rd May 2022 ruled that closure of proceedings because the parties have agreed to a settlement is allowed even for the offence of Rape, punishable under Section 376 of the IPC and t court further quashed the proceedings against four people based on a complaint submitted by a woman from the same family, through the single bench of Justice M Nagaprasanna in the case of Sathish K. and others vs State of Karnataka (Criminal Petition No. 4172 of 2022).

The petitioner filed the present Criminal Petition under Section 482 of the Cr. P.C. and sought the quashing of proceedings initiated against the petitioners in Cr. No. 87/2022 for the Offence punishable under Sections 384, 376, 504, 506 read with Section 34 of the IPC against the Respondent.

The petitioners had approached the Court, challenging the FIR filed against them under Sections 376, 384, 504, and 506 of the IPC, as well as Section 34. Based on Respondent No. 2’s complaint, an FIR was filed on February 17, 2022, for the aforementioned offences. During the pendency of the case, the parties to the lis – petitioner No.1, the complainant, and the other accused – reached a settlement and submitted it to the Court in the form of an affidavit. A joint letter and an application under Section 483 read with Section 320 of the CrPC were also submitted to the Court, requesting that the alleged offences be compounded.

The petitioners’ counsel relied on many Supreme Court and High Court decisions to support his contention that when a settlement is reached, even in the instance of an offence punishable under Section 376 of the IPC, the proceedings can be terminated.

The court observed that the judgments of the Apex Court, the Delhi High Court and itself must be noted since the closure of proceedings on account of a settlement reached between the parties is acceptable even for an offence punishable under Section 376 of the IPC.

Referring to the victim’s affidavit, the bench stated that the complainant was married and was living her life with another man within the family itself and that the accused were members of the same family. thus, It deemed it appropriate to accept the application seeking compounding of the aforementioned offences and to terminate the proceedings against the petitioners.

Accordingly, the criminal petition was allowed.