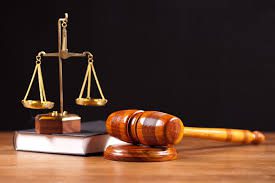 According to the Calcutta High Court, a personal hearing conducted through the exchange of chat messages cannot be considered to be an effective opportunity for the assessee to have a personal hearing and does not pass the fairness test or uphold the principles of fair play.

In the case of SREI Equipment Finance Limited vs. Assistant Commissioner of Income Tax and Ors (A.P.O.T No. 77 OF 2022), the bench, composed of Honourable Justices T.S. Sivagnanam and Honourable Justice Hiranmay Bhattacharyya, reaffirmed that once an insolvency petition is admitted, no new proceedings can be instituted or existing ones can be continued against the company because of the moratorium that is put in place by Section 14(1)(a) of the Insolvency and Bankruptcy Code, 2016 (IBC) there can be no institution or continuation of pending proceedings against the corporate debtor. Thus, the Court overturned the assessment order issued against the assessee and ruled that the Income Tax Act of 1961 proceedings against the assessee should be suspended until the conclusion of the bankruptcy resolution procedures against the assessee.

In order to give effect to the order made by the Principal Commissioner of Income Tax (PCIT) under Section 263 of the Income Tax Act, 1961, a show-cause notice was sent to the assessee SREI Equipment Finance Limited. According to Section 263, the PCIT has the authority to revoke the decisions made by the Assessing Officer if doing so would be detrimental to the interests of the revenue department.

In response to the show cause notice, the assessee, SREI Equipment Finance Limited, claimed that the proceedings brought against the assessee should be stayed in light of Section 14 of the Insolvency and Bankruptcy Code, 2016 (IBC), as the assessee had been accepted for the Corporate Insolvency Resolution Process (CIRP) under IBC. The assessee argued that company was under a moratorium imposed by the National Company Law Tribunal (NCLT) and asked the Assessing Officer (AO) to halt the Income Tax Act proceedings until the CIRP was finished. The assessee also asked for a personal hearing opportunity from the AO.

The assessee then submitted a writ case to the Single Bench of the Calcutta High Court contesting the show cause notice that was served on it. The AO issued an assessment order while the writ petition was pending. The single bench dismissed the assessee’s writ petition. Assessee appealed this decision to the Division Bench of the Calcutta High Court.

The Calcutta High Court noted that despite the assessee’s request for a personal hearing, it was not granted, and instead, a “so-called hearing” was held through an exchange of chat box messages.

The assessee had once more asked for an opportunity for an effective hearing from the revenue authorities, but the AO had ignored this request and had instead issued an assessment order, the court said.

The Court ruled that the chance for a personal hearing should be valuable and not just a pointless formality. According to the Court, the AO failed to take note of and adhere to the aforementioned fundamental legal principles.

The Court noted that the moratorium that takes effect under Section 14(1)(a) of the IBC expressly interdicts institution or continuation of pending suits or proceedings against the corporate debtors the moment an insolvency petition is admitted. This is in accordance with the law established by the Supreme Court in the case of Alchemist Asset Reconstruction Company versus Hotel Gaudavan (P) Ltd. & Ors. (2017). The Court determined that when passing the assessment order, the AO should have had in mind the aforementioned legal basis.

The Court ruled that the AO did not hear the assessee on the matter of the impact of the IBC after receiving the assessee’s response to the show cause notice, and the alleged hearing—which consisted of an exchange of chat messages—did not meet the requirements of fairness or the rules of fair play.