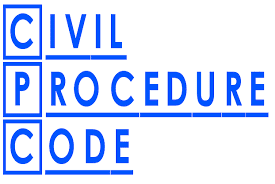 The Calcutta High Court noted that whereas Decision 47, Rule 1 of the CPC restricts parties from petitioning the Court for review of an order only on the reasons listed therein, such a provision does not and cannot limit the High Court’s authority to issue orders ex debito justitiae.

In the matter of Shri Sadhan Roy v. Arvind Kumar Singh (C.P.A.N. No. 2796 of 2014), a Bench made up of Honourable Justices Arijit Banerjee and Honourable Justice Kausik Chanda emphasized that the Supreme Court had consistently ruled that the High Court is a court with plenary authority.

The Court argued that legislation cannot limit the inherent authority of the Court to right a wrong, the court said that

” Nothing, in my opinion, stops the High Court from reexamining the ruling and fixing it by deleting the error if it believes it has made an error that has unfairly affected a party. I believe that the High Court has both the authority and the serious responsibility to exercise this power. I believe that although while O. 47 R. 1 restricts parties from petitioning the court for review of an order only on the grounds set forth in that order, that provision does not and cannot limit the High Court’s authority to issue orders ex debito justitiae. Legislation cannot be used to limit or abridge the inherent authority of the High Court to correct errors, whether they are factual or legal.”

The Coordinate Bench’s order was the subject of a review petition, which was being considered by the Bench, as well as a contempt application, which claimed that the Coordinate Bench’s order had been broken. The petitioners argued that even though the State had seized and used their land, no compensation had been given to them. As a result, they asked for a directive for the Collector of 24-Parganas (South) to compensate them by issuing a new award for the relevant land.

The Coordinate Bench believed that a citizen whose property had been acquired was entitled to compensation and that the State could not claim that it would not pay out compensation to the interested parties because the records were unavailable. As a result, the Bench had instructed the relevant Land Acquisition Collector to issue an award no later than one month after receiving notice of the ruling.

The Director of Land Records and Surveys testified in person during the proceedings before the Division Bench that the State never acquired the land for which the petitioners had requested compensation. It was further noted that the State learned the novel and crucial fact that the writ petitioners were actually in possession of R.S. Plot No.1053, for which they sought compensation, when it conducted the survey on April 7, 2015, in order to carry out the Division Bench’s order dated December 19, 2013.

” The administration of justice cannot be hindered by legal rules, procedures, or technicalities since justice is a virtue that has no bounds. Justice must flex before the law. Law is not a set of meaningless, impersonal regulations. It’s not a goal in and of itself. It is a way to carry out justice. It is a malediction and a contradiction in terms when a law prevents the administration of justice. A law that does not uphold justice is as pointless as a fridge that does not keep food cold and as pointless as a flashy car without an engine. INothing would prevent the court from correcting the error if it determines that the error raised in the review petition was a mistake and that the earlier judgment would not have been rendered but for an incorrect assumption that, in reality, did not exist.”

Thus, seeking aside the impugned order of the Coordinate Bench as well as the quashing the contempt proceedings, the Court observed,

“The petitioners are very much in possession of the land which they alleged was acquired. In such circumstances, requiring the State to pay compensation to the petitioners for land which the State never acquired, would be contrary to all canons of law and equity and would amount to serious travesty of justice, apart from causing undue enrichment of the petitioner at the expense of the State exchequer. The order under review was passed on the basis of a factual assumption which has turned out to be incorrect. Ends of justice require that the order under review be recalled and/or set aside.”