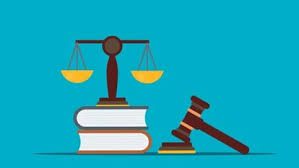 The Calcutta High Court recently overturned a decision that required a school’s headmistress to resign from her position and be demoted to that of an assistant teacher, noting that courts must exercise restraint when using their plenary powers and shouldn’t make decisions that are in violation of any applicable statutory rules.

“In exercising their full authority and using judicial review, the courts have exercised restraint by not going beyond their authority or disregarding the appropriate laws, rules, or acts. Assuming the jurisdiction of the disciplinary authority and perceiving the misconduct in ignorance of the aforesaid procedural provisions will not hold up on the anvil of legal jurisprudence because the imposition of a penalty in a disciplinary proceeding can only be achieved by adhering to the procedures and norms set forth in the aforesaid Rules.”

Facts of the case;

The concerned Headmistress was judged to be completely incompetent to carry out her duties in the contested order by Honorable Justice Abjijit Gangopadhyay, who therefore revoked all such powers in the exercise of the plenary jurisdiction presumed to have been reserved in the Writ Court. The Judge had given the Headmistress such a directive for willfully refusing to grant a No-Objection Certificate (NOC) and a release order to a teacher who had requested permission to transfer to another school for medical reasons.

The Court emphasized, “When listing the range of powers vested upon a Court in exercising plenary jurisdiction, “What is clear from the aforementioned observations and reports is that the court does not set out on a journey through an uncharted ocean of authority with an uninformed opinion of what is good and bad for society. The Judges must act in accordance with well-established customs, legal procedure, and the requirement that they administer justice without violating the rights of others.”

The Supreme Court of India has the authority to issue any decree or issue any orders necessary for carrying out full justice in any cause or matter that is currently before it, according to Article 142 of the Indian Constitution, which the Court further stated establishes that every court has the plenary power to prevent a miscarriage of justice. The plenary power granted by Article 142 of the Indian Constitution is inherent but contemporaneous with those powers that are specifically granted to the court by various statutes, though it is not limited to those statutes. It was further noted that Clause 2 of Article 142 creates a brindle and subject to the provision of any law made by the Parliament. The fact that such plenary power is supplemental and never meant to replace the law was emphasized.

The Supreme Court’s ruling in Supreme Court Bar Association v. Union of India & Anr, which held that the field’s statutory Rules or Act cannot be overturned in the exercise of plenary jurisdiction, was also cited.

“In light of the law established by the aforementioned report, it is clear to hold that the court’s full discretion is somewhat constrained by the statutory provisions of law that are relevant to the matter at hand and does not extend to uncharted territory with no boundaries. The essential sections of Article 226 of the Constitution make this power clear and obvious, but it must travel through statutory territory to prevent misuse or abuse “It was listed in more detail.

The Court added that the Rule of 2018 governs the authority to punish a headmaster of a school and that assuming the disciplinary authority’s jurisdiction and observing the wrongdoing while being unaware of the aforementioned procedural provisions cannot withstand the test of legal jurisprudence.

Thus, the Court set aside the portion of the impugned order by which the Headmistress was denuded of the powers to discharge the duties and functions in such capacity and relegating to a lower post that of the assistant teacher by observing,

“..therefore, usurpation of the powers in the guise of a plenary jurisdiction overriding the provision of the substantive statute was unwarranted and amounts to exaggeration of the aforesaid powers and transgression of the well-defined limits.”