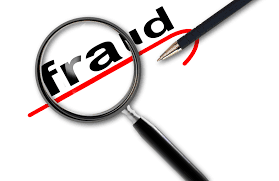 The Karnataka High Court on 4th July 2022 ruled that to constitute the offence of Cheating punishable under Section 420 of the Indian Penal Code (IPC), there must be a clear allegation that the accused had a dishonest intention to deceive the complainant from the commencement., through the single bench of Justice Hemant Chandangoudar in the case of Mrs M. Dhanalakshmi @ Lakshmi Rajan & Anr vs State of Karnataka (Criminal Petition No. 2386 of 2019).

It was alleged that under the guise of caring after the complainant, petitioner Mrs M Dhanalakshmi @ Lakshmi Rajan was executed with a power of attorney and an affidavit in her favour. Following that, without regard for the complainant, petitioner No.1 entered into a sale agreement with one Mr Ramachandraiah and received Rs.1,00,000, committing the aforementioned offence.

The learned counsel for the petitioner claimed that on the day the complaint was filed, the complainant had divested herself of the subject property by executing a registered deed of cancellation in favour of the original owner. Furthermore, even if the allegation in the complaint is accepted on its face, it does not constitute the commission of the alleged act against the petitioners-accused.

The prosecution and respondent no. 2 opposed the plea, stating that petitioner No.1 fraudulently obtained a power of attorney under the guise of looking after her, but has not looked after her and has executed an agreement of sale by receiving Rs.1,00,000 as advance sale consideration, thereby committing the aforementioned offences.

The Court stated that the power of attorney was executed by the complainant because she was unable to handle the property due to her older age. The Court further noted that there was no particular allegation in the complaint that there was a dishonest intention on the part of petitioner No.1/accused from the date of execution of power of attorney in favour of accused No.1. The charge sheet submitted against petitioner No.1/accused is devoid of factual basis since it lacks the necessary ingredients to constitute the offence punishable under Section 420 of the IPC. The court further stated that because the complainant failed to comply with Sections 154(1) and 154(3) of the CrPC, the complaint brought by the second respondent was dismissed. Furthermore, on the day of the filing of the complaint, the complainant completed a registered cancellation deed divesting herself of all rights to the subject property in favour of the original owner.