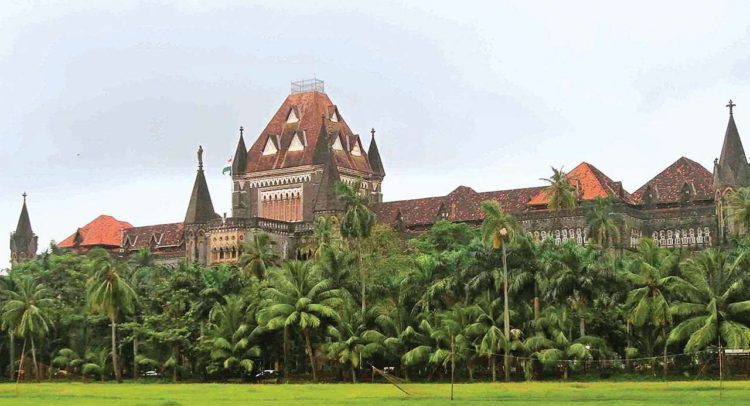 The Bombay High Court has upheld that  Family Court can dissolve the marriage of a couple under Muslim law through The Division Bench of Justices V.K. Jadhav and Sandipkumar C. More in the case of Shaikh Taslim Shaikh Hakim v. State of Maharashtra (1014 CRIMINAL APPLICATION NO.166 OF 2022)

The applicant/accused sought the quashing of FIR, registered with Police Station Nanalpeth, Parbhani for the offences punishable under sections 498(A), 323, 504, 506 of the Indian Penal Code,1860 and also consequential charge-sheet, pending before the Judicial Magistrate, First Class, Parbhani, on the ground that the parties have arrived at amicable settlement.

Learned Counsel for the applicant submits that applicant husband and respondent No.2  wife got separated by mutual consent and accordingly approached the Family Court, Parbhani for declaration of their matrimonial status in terms of provisions of section 2 of the Muslim Personal Law (Shariat) Application Act, 1937 read with section 7(1)(b) Explanation (b) of the Family Courts Act, 1984. The Family Court at Parbhani had allowed the petition and declared their status as they are no more husband and wife in terms of the mutual agreement between them. It was agreed between the parties that the applicant-husband shall pay an amount of Rs.5 lakhs to respondent No.2 as the amount for future maintenance in total.

The Court observed that in terms of provisions of section 2 of the Muslim Personal Law (Shariat) Application Act, 1937, all the questions about the property, marriage, dissolution of marriage including talaq, illa, zihar, lian, khula and mubaraat, maintenance, dower, guardianship gifts, trusts and trust properties and wakfs the rule of decision in cases where the parties are Muslims shall be considered as per the provisions of Muslim Personal Law (Shariat).

Furthermore, the Court noted that Section 7 of Family Courts Act, 1984, which prescribes jurisdiction, in terms of section 7(1), Explanation (a) and (b), suit for a declaration as to the validity of a marriage or as to the matrimonial status of any person can also be a subject matter before the Family Court. Moreover, it relied on the Supreme Court in the case of Mst. Zohara Khatoon Vs. Mohd. Ibrahim, (1981) 2 SCC 509, where it was held that mubarat is a form of extrajudicial divorce based on mutual consent under Islamic Law and same is valid, as it remains untouched by the Dissolution of Muslim Marriages Act.

Therefore, the Court held that the Family Court had rightly applied the provisions of Muslim Personal Law (Shariat) Application Act, 1937 to the parties and accordingly declared the status of marriage as no more in existence by mutual consent.