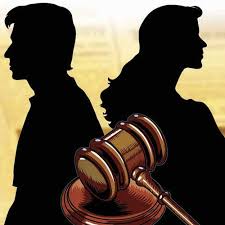 A PIL claiming that a Muslim girl getting married while still being a minor breaches her fundamental right to safety, education, and a dignified life, all of which are guaranteed by Article 21 of the Indian Constitution is being raised in the Uttarakhand High Court in the case of Youth Bar Association of India v. Union of India and Others being heard by the bench of Chief Justice Vipin Sanghi and Justice R.C. Khulbe

In the instant case, a Public Interest Litigation (PIL) complaint was filed by the Youth Bar Association of India that questioned the legal age of marriage under Muslim law. The PIL petition asked the Union of India to be directed to take immediate action to effectively implement the “Prohibition of Child Marriage (Amendment) Bill, 2021.” It should be noted that the “Prohibition of Child Marriage (Amendment) Bill, 2021,” which aims to raise the marriage age for women to 21 years across all religions, was introduced in the Lok Sabha by Smriti Irani, the Union Minister for Women and Child Development.

In the wider public interest, the PIL petition asks the Governments to issue guidelines to ensure that girls under the age of 18 may not be permitted to marry, regardless of their religion, customs, local laws, or personal laws. The PIL’s argument explicitly alludes to the practice made legal by Islamic law, which permits Muslim females to get married at 15 years old.

In addition, the complaint claims that allowing a Muslim girl to get married while still being a minor breaches her fundamental right to safety, education, and a dignified life, all of which are guaranteed by Article 21 of the Indian Constitution. Their rights are violated by child marriage, which puts them at serious risk of abuse, exploitation, and violence.

The Plea goes on to ask whether allowing a Muslim girl to get married before turning 18 would be against constitutional morals as well as regulations like “The Prohibition of Child Marriage Act, 2006” and “The Protection of Children from Sexual Offenses Act, 2012”.

Lastly, the plea asks that the process of turning “The Prohibition of Child Marriage (Amendment) Bill, 2021” into an act should be sped up and the act should enter into force as soon as possible. The plea emphasized that it is the responsibility of the Government to take some effective step immediately to deal with the issue of Child marriage.

While addressing this issue, the Uttarakhand High Court requested the state government’s and the federal government’s responses to the Public Interest Litigation (PIL) petition.