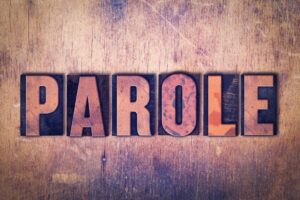 The Karnataka High Court on 12th July 2022 ordered the Jail Superintendent of the Central Prison in Bengaluru to consider a parole application filed by an accused convicted under the Negotiable Instruments Act seeking to arrange for the deposit of 50 per cent of the amount in dispute with the Supreme Court Registry in relation with an appeal against conviction pending before it, through the single bench of Justice S. G. Pandit in the case of B. M. Muniraju vs The Jail Superintendent (Writ Petition No. 7387 of 2022).

The Petitioner-accused was convicted by the High Court in four cases under Section 138 of the NI Act. The same was challenged before the Supreme Court, which directed the Petitioner to deposit 50% of the money in dispute with its Registry in an order dated June 29, 2021. To arrange this amount, the Petitioner submitted a parole application to the Jail Superintendent. The Superintendent rejected the plea for parole in an order dated August 21, 2021.

The petitioner subsequently appealed to the High Court, which ordered the Superintendent to assess the petitioner’s application for ordinary parole in a lenient manner. It ruled that Rule 191 of the Karnataka Prison Rules, 1974, could not be used in the case of the petitioner, who was convicted of a “small offence.” The Superintendent rejected his application once more, stating a Police report dated February 22, 2022, which said that there is a risk of the petitioner being engaged in more fraudulent offences and threatening the witnesses who had testified against him.

The Petitioner’s counsel contended in the present appeal that in the criminal case against the petitioner, only the complainant was interrogated and no other witnesses were called. As a result, the petitioner’s claim that he may threaten the witnesses cannot be accepted.

The government advocate opposed the plea, stating that because the petitioner had more than three convictions, he would not be eligible for parole under Rule 191 of the 1974 Rules. Furthermore, according to the police report he filed, he stated that if the petitioner is given parole, there is every likelihood that he will threaten the witnesses and repeat the act committed in four cases under the Negotiable Instruments Act.