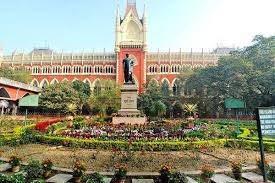 In a special hearing on July 24, the Calcutta High Court directed the Enforcement Directorate to transfer Partha Chatterjee, the West Bengal Minister of Commerce and Industry, from the state-run SSKM hospital in Kolkata to AIIMS, Bhubaneswar on July 25 early in the morning.

In connection with its investigation into alleged irregularities in the West Bengal Board of Secondary Education’s appointment of teaching staff in government-sponsored and -aided schools on the advice of the West Bengal School Service Commission, the Enforcement Directorate detained the West Bengal minister on the morning of July 23.

In response to a review of opposing arguments, Justice Chaudhuri noted that the Court’s experience with the role of the doctors affiliated with the SSKM hospital in Kolkata is unsatisfactory and that recently, a number of high-ranking TMC party leaders have avoided questioning by investigating authorities by seeking refuge at the hospital.

” However, as regular people, our experiences with the S.S.K.M. Super Specialty Hospital’s doctors have not been positive. More than one high-ranking political figures from the ruling party have recently been detained or ordered to appear before the investigating authority for questioning, but they were able to evade questioning by the investigating agency by seeking refuge at the aforementioned hospital. They were released from S.S.K.M. Super Speciality Hospital after learning that the Investigating Agency would not be able to question suspects with significant political backgrounds who were associated with the dominant political party. On the basis of the medical report produced by the mentioned hospital authority, they evaded even appearing in court”, the Court underscored.

The Court further observed that Chatterjee emanates enormous power as the senior-most Cabinet Minister in the State of West Bengal and that it is thus not impossible that he would seek refuge under the guise of a major illness and receive medical attention to dodge interrogation.

The Court went on to say that this would lead to a miscarriage of justice, saying, ” “It wouldn’t be impossible for the accused, with the help of other political executives, to seek refuge under the guise of serious illness and medical treatment to evade interrogation given that he is the senior-most Cabinet Minister in the State of West Bengal and holds a position of immense power and authority. If this occurs, thousands of deserving candidates whose futures were sacrificed in favour of money will condemn the Lady Justice with their tears.”

The Court also set aside Magistrate’s direction allowing Chatterjee’s advocate to be present during ED interrogation.

Issuing a slew of directions to ensure that Chatterjee is shifted to AIIMS, Bhubaneswar for medical treatment, the Court ordered, The Investigating Agency is directed to take the accused by air ambulance to AIIMS, Bhubaneswar in the early morning on 25th July, 2022. The accused shall be taken to NSC Bose Airport, Calcutta by an ambulance of S.S.K.M. Super speciality Hospital.

A S.S.K.M. Super Speciality Hospital physician and an attorney for the accused will accompany him. A team of cardiology, nephrology, respiratory medicine, and endocrinology specialists from the AIIMS, Bhubaneswar Authority are to evaluate the accused medically.

The Investigating Officer, the Medical Officer of SSKM Super Speciality Hospital, and the accused’s attorney must receive copies of the medical report by Monday at 3:00 p.m., the Court also ordered AIIMS, Bhubaneswar. The Prevention of Money Laundering (PML) Act, 2002 additionally required the concerned Investigating Officer of the Enforcement Directorate to deliver the relevant medical report to the Special Judge.

The court further ordered that the matter be heard by the special judge in question at 4 p.m. on July 25 and requested that the investigating officer make the necessary preparations so that Chatterjee might be brought before the court via video conference.

When the alleged teacher recruitment scandal occurred in 2014, Partha Chatterjee was the education minister. In accordance with the Calcutta High Court’s instructions, the Central Bureau of Investigation (CBI) has begun looking into the scam.