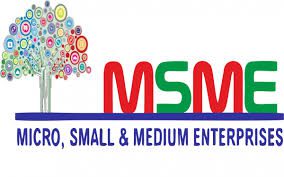 The Calcutta High Court held that objections regarding the non-applicability of the MSMED Act to works contract can be decided in arbitration by MSME Council.

The Division Bench of Honourable Chief Justice Prakash Shrivastava and Honourable Justice Rajarshi Bharadwaj upheld the order of the Single Bench in the case of NBCC (India) Ltd. v. The State of West Bengal and Ors. (A.P.O No. 11 of 2022) whereby the petitioner was referred to arbitration before the MSME Council with a direction that his objection regarding the non-applicability of the MSMED Act as the contract was a works contract would be decided by the Arbitral Tribunal.

Respondent No. 4 received five different labour contracts from the petitioner. Respondent No. 4 has registered itself under the MSMED Act in the interim. The two contracts were terminated by the petitioner after a disagreement between the parties. As a result, it submitted a reference under Section 18 of the MSMED Act to the Chairman of the West Bengal MSME Council. As a result of the Conciliation procedures’ failure, the council attempted to start statutory arbitration.

Since four of the disputed agreements date back before the respondent no. 4 was registered with the Council, the appellant argued that the Council lacks jurisdiction over the agreements that were in place before the registration. Additionally, as the agreement between the parties is a works contract, the MSMED Act’s provisions do not apply.

The appellant chose to appeal the Court’s decision because he was upset with it.

The appellant contested the single-judge judgement on the grounds that the court erred by failing to recognise that the MSME Council lacks authority to decide the case. Four out of five agreements were made before the respondent was registered under the MSMED Act. The MSME Council has incorrectly asserted authority because a works contract is not covered by the MSMED Act’s provisions.The Court noted that because the MSMED Act is a particular piece of legislation with overriding implications, the parties are required to abide by the procedure outlined in Section 18 of the Act. The Court concluded that MSME Council could arbitrate disputes over whether the MSMED Act applied to works contracts. The court determined that the single judge had acted correctly in rejecting the appellant’s concerns on the basis that the arbitral panel must first address any objections presented in the arbitration before the MSME Council.