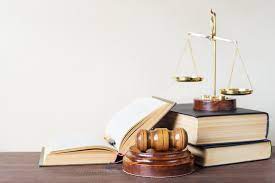 In a recent modification to an order made by the relevant Magistrate in proceedings brought under Section 110 of the CrPC, the Calcutta High Court emphasised that onerous restrictions may not be imposed in proceedings requiring the signing of a bond for good behaviour.

In the matter of Kashinath Dey @ Kashi v. The State of West Bengal (C.R.R. 1609 of 2022), a single judge bench presided over by Honourable Justice Jay Sengupta relied on the Dipu Singh v. State of West Bengal decision of the Calcutta High Court in this regard. The requirement set by the concerned Executive Magistrate, it is further argued, is onerous and cannot be upheld.

The concerned Executive Magistrate had ordered the petitioner to show cause as to why he shall not be bound down for a good behaviour bond under Section 110 of the CrPC and to furnish an amount of Rs. 1,00,000 each with “two reputable Gazetted Officers” as sureties for his good behaviour for such a period not exceeding three years. The court was deliberating on the plea challenging the procedures under Section 110 of the CrPC.

The petitioner is an average guy, thus having a Gazetted Officer stand in as a surety for him is not practicable, the petitioner’s attorney argued in opposition to such a directive. Furthermore, it was suggested that since that is a subjective description, it is challenging for him to identify a Gazetted Officer of repute.

On the other hand, the State’s attorney claimed that the petitioner was a defendant in a number of instances, some governed by the N.D.P.S. Act and others by the Indian Penal Code. The petitioner is a persistent offender, thus the court was further informed that he needs to be subjected to a number of strict requirements. Additionally, it was maintained that the concerned Executive Magistrate did not err when he asked for two Gazetted Officers to serve as sureties for him.

Regarding the opposing arguments, the Court stated, “It is established law that such onerous conditions cannot be imposed, either in an order granting bail or in a proceeding demanding execution of a bond for good behaviour that cannot be satisfied by the person on whom such direction is granted.”

Accordingly, the Court modified the impugned order to the following extent- “The petitioner shall appear before the learned Executive Magistrate on a subsequent date to be fixed by the learned Magistrate, which will be within a month from the date of communication of this order, and submit show-cause as to why he shall not be bound down with good behaviour bond under Section 110 of the Code for an amount of Rs. 1,00,000/- each with two local sureties for his good behaviour for such period, not exceeding three years, as the learned Magistrate would think fit.”