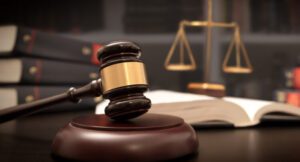 The Karnataka High Court on 21st June 2022 ruled that the ‘Doctrine of Sameness’ does not apply when complaints against the accused are filed at different times by separate complainants under the Protection of Children from Sexual Offences Act (“POCSO”), through the single bench of Justice M. Nagaprasanna in the case of Prabhunaika K. T. v State of Karnataka (Criminal Petition No. 2015 of 2022)

The petitioner filed the present Criminal Petition under Section 482 of the Cr. P. C., requesting that the proceedings against him before the Sessions Court be quashed for offences punishable under Section 354A of the IPC and Sections 10 and 12 of the POCSO Act.

The petitioner, Prabhunaika KT teaches Physical Education at KPS School in N.R.Pura. A colleague of the petitioner, who also works as a teacher at the same school, filed a report against the petitioner alleging that he acted uncivilly with the female students and sexually harassed them. This report was given to the BEO of N.R.Pura, who then filed a complaint with the N.R.Pura Police Station, where the crime was registered.

The learned counsel for the petitioner contended that on the same incidence for which a case has already been registered and an investigation is underway, successive FIRs could not have been made and a fresh investigation would not have been ordered for the same offence. It would be a violation of the accused’s fundamental rights. The petitioner sought the dismissal of various FIRs and the continuation of only one FIR in Crime No.4 of 2022, which was already under investigation. The learned counsel for the prosecution argued that the complaints complaint filed against the petitioner were filed by different complainants, resulting in different FIRs, and that no fault can be found in the Police’s action in registering different FIRs, given the peculiar facts of these cases, and that the matter was under investigation, so, the petitions should be dismissed.

After considering all of the facts and circumstances, the court held that every victim who was subjected to such sexual assault at the hands of the petitioner had filed a complaint, and the complaints are of differing dates, with instances differing from period to period rather than on a specific date. As a result, under the peculiar facts of these cases, the registration of offences in many FIRs against the petitioner cannot be questioned. It is the petitioner’s responsibility to defend himself for the alleged offences committed against each of the victims. It further stated that it would have been a very different scenario if all of the complaints, even though they seemed to be the same, had complained about an incident that occurred on a certain day.

Accordingly, the criminal petition was dismissed.