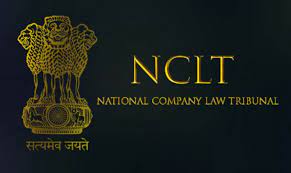 This particular decision is upheld by the High Court of Gujarat through the learned Division Bench of JUSTICE VINEET KOTHARI AND JUSTICE B.N. KARIA in the case of Lalitaben Govindbhai Patel v. Gujarat State Financial Corpn. (R/Special Civil Application No. 11116 of 2008).

The assets of the Defaulter Company – GPPML were taken over by GSFC in the exercise of its statutory powers under Section 29 of the SFC Act, 1951 and sold away to SIL at a price which was the subject matter of challenge.

Detailed interim orders passed in the matter leading to the proposed order passed by the Court for facilitating the transfer of all the proceedings to the National Company Law Tribunal (NCLT), Ahmedabad, which is the expert fact-finding Tribunal constituted under the provisions of the New & Special Law viz. Insolvency and Bankruptcy Code, 2016 in terms of the decision of the Supreme Court in the case of Action Ispat and Power (P) Ltd. v. Shyam Metalics and Energy Ltd., where it was held that the winding up Court or the Company Court should transfer the winding up proceedings to NCLT, not only at the initial stage, but even in the mid stage of winding-up proceedings, unless the winding-up proceedings have reached a stage where it would be irreversible and making it impossible to set the clock back and then only that the Company Court must proceed with the winding-up, instead of transferring the proceedings to NCLT under IBC provision.

The Court noticed that the auction purchaser – SIL not only was involved in litigation before this Court, and entered into an alleged OTS (One Time Settlement) with GSFC which is with a doubtful integrity to say the least and is under a serious contest by left out Secured and Unsecured Creditors, but SIL also approached the Hon’ble Delhi High Court by way of writ petitions merely because it had a namesake registered office of the Company in Delhi also, whereas its industry in question is in Gujarat.

The Court stated that scattering the litigation in various Forums is the root cause of multiplicity of litigation and amounts to misuse and abuse of process of law and by sheer passing of the different orders which may or may not be conflicting orders inter-se by different Forums, who apparently would have the competent jurisdiction to be seized of those proceedings and passed those orders, ultimately may result in an utter messy confusion of the things and unresolved problems for long time. Such malpractices deserve to be seriously checked by enacting some kind of filters where the parties to one list essentially are restricted to one competent Forum to avoid any such chance of conflicting orders and forum shopping.

The hurried One Time Settlement of GSFC with SIL in favour of which even the major part of the auction price was converted into a term loan by GSFC and in the repayment of which, SIL defaulted, still instead of again taking over the assets and re-auctioning them, GSFC chose, for the reasons best known to it to enter into One Time Settlement with SIL at a mere Rs.60 lakhs and that is a matter to be looked into by the NCLT. The said SIL is also said to have stopped its production activities and the assets of GPPML sold to it under Section 29 way back in the year 1990 are still in disuse or are not being used for any productive activity and that is not only a wastage of assets for the creditors and other stakeholders, but also a national waste.

The Court was of the view that NCLT would be the best suited Forum in these circumstances to the concerned and connected issues in this case.