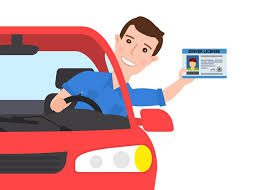 The Calcutta High Court said that according to the Motor Vehicles Act of 1988, a police officer has no authority to suspend or revoke a driver’s license, and only the licensing body has the authority to do so.

In the case of Priyasha Bhattacharyya vs. The State Of West Bengal And Others (W.P.A 14318 of 2022), the Justice Moushumi Bhattacharya Bench further emphasized that the Motor Vehicles Act limits the power of the police to disqualify a person or revoke his license under the Act and only grants that power to the licensing authority.

The Bench made this observation while deliberating over a petition submitted by Priyasha Bhattacharyya, who sought to overturn a decision made by the Assistant Commissioner of Police, Traffic Department, Kolkata banning her driving privileges for 90 days due to over speeding.

The State argued before the Court that a notification it issued in 2016 gave the Deputy Commissioner of Police (Traffic) and Superintendent of Police of the Districts the authority to act in accordance with section 19 of the Motor Vehicles Act to disqualify offenders from driving or revoke their licenses if it is deemed necessary to ensure effective control of traffic under Chapter VIII of the Act. This is how the State justified its decision to suspend the license.

The West Bengal Motor Vehicles Rules, 1989 pertinent portions have been modified to reflect the authority granted to the Police, the Court observed, despite the state’s 2016 Notification referencing section 19 of the Act.

“Only a licensing authority has the authority to deny someone a driving license or to revoke one [19(1)(i) and (ii)]. According to Section 19(1A) of the Act, the licensing body may also issue the disqualification order. Section 2(20) defines a licensing authority as one that is authorized to grant licenses, and all other authorities are not included in this definition “The Court added its observation.

Importantly, the Court emphasized that while typically, notifications made pursuant to a section of any statute must support and be consistent with the statutory structure, in this case, the communication was causing uncertainty as to the authority stated in the Act’s license impounding powers.

The contested order of license suspension was thus overturned on the grounds that the Assistant Commissioner of Police, Traffic Department, lacked the authority to do so.

The court ordered the respondents to grant the petitioner’s driving license back within two weeks. However, the Court disapproved of the petitioner’s explanation for exceeding the posted speed limit. The Court said, “The petitioner should have an adequate eco-system in place and not constitute a risk to other travelers on the road. The explanation for over speeding is no ground at all.”