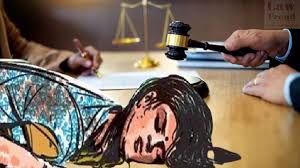 The Karnataka High Court on 29th June 2022 set aside a husband’s conviction under Section 304-B (Dowry Death) of the IPC, citing discrepancies in the deceased wife’s two dying declarations which were recorded before the police, through the bench of Justice Mohammad Nawaz in the case of Nazrulla Khan @Nazrulla v. State of Karnataka (Criminal Appeal No. 2045 of 2018)

The petitioner filed a Criminal Appeal under Section 374(2) of the Cr.P.C., requesting that the judgement and order of conviction and sentence passed by the Sessions Judge on September 29, 2018 be set aside for offences punishable under Sections 498(A) and 304-B of the IPC, as well as acquittal from the charges levied against him.

In the present case, the sessions court gave a judgement in September 2018 convicting and sentencing the petitioner for offences punishable under Sections 498-A and 304-B of the IPC. The court found him not guilty of Section 302 charges (Murder). The accused was sentenced to simple imprisonment for two years and a fine of Rs 5000 for the offence punishable under Section 498-A. The accused was sentenced to rigorous imprisonment for a term of seven years under Section 304-B of the IPC.

According to the prosecution, the victim/Afsana Banu married the accused about 6 years prior to the date of the incident. The accused was an alcoholic who subjected the victim to physical and mental cruelty. To bring her back from her paternal home he used to demand money from her only. On November 26, 2015, the accused allegedly returned home drunk and beat the victim, demanding to bring Rs. 25,000/- from her paternal home. He also told her to die so that he leads a happy life afterwards. According to the prosecution, the accused poured kerosene on the victim and set fire to her, causing severe burn injuries. She, unfortunately, died on December 11, 2015, while undergoing treatment at a hospital.

The Court observed that there is no allegation of dowry demands by the accused in the first dying statement, on the basis of which law was established. Though a panchayat was allegedly conducted, no evidence was presented to prove when the said panchayat was held, and none of the panchayatdars was questioned to prove that the accused was seeking money from the deceased. It was also observed that there is a discrepancy in the amount allegedly demanded by the accused just before the incident. As a result, the dying declaration on the amount demanded by the accused does not evoke the Court’s confidence.

After considering all of the witness evidence and both dying declarations, the court determined that there was a discrepancy in the two dying declarations inasmuch as the accused poured kerosene on the victim and set her on fire. The prosecution’s argument in this respect was dismissed by the trial Court. Furthermore, there is a discrepancy in the accused’s demand for money from the victim. It went on to say that the evidence and materials on record were adequate to establish that the accused committed an offence punishable under Section 498A.

As a result, the single bench partly allowed Nazrulla Khan’s appeal and upheld his conviction under Section 498-A of the IPC.

Accordingly, the appeal was allowed partly.