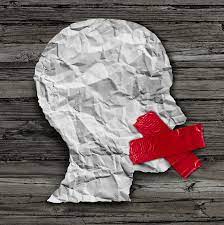 Article 19(2) of the Constitution places restrictions on the right to freedom of speech and expression is upheld by the Uttarakhand High Court in the case of Jitendra Narayan Tyagi v State of Uttarakhand through Hon’ble Justice Ravindra Maithani.

Senior Counsel presenting on behalf of the applicant claimed that these offences were triable by the Magistrate and carried a maximum sentence of three years in jail. According to the State’s legal representative, the applicant encouraged hostility between religious groups and incited the general populace to take up arms against a particular religion Further, the applicant had a 34-case criminal history.

The court ruled that a person’s right to bail strikes a balance between their personal freedom and the needs of society. The court also declared that our constitution clearly protects both the right to life and the right to liberty, but it was of the opinion that a person’s application for bail is evaluated based on a number of different factors.

The transcripts produced by the State were not made public by the court because they contained several disparaging remarks towards a certain faith and a Prophet. The Court believed that the Prophet had been mistreated and it sought to offend those who practise a certain religion which intended to start a conflict. The Court observed that a hate speech was made.

The Supreme Court’s ruling in Pravasi Bhalai Sangathan v. Union of India, 2014,which emphasised the far-reaching effects of hate speech, was also cited by the court. The court ultimately decided that this case was unsuitable for bail.

Accordingly, the Court rejected the bail request made by the applicant who was being held under Sections 153A and 298 of the Penal Code of 1860.