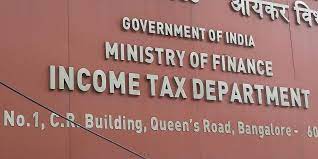 According to the Calcutta High Court, the assessee’s evidence cannot be unjustly rejected by the income tax agency.

In the case of PCIT vs. Sreeleathers (IA NO: GA/02/2022), the division bench of Honourable Justice T.S. Sivagnanamand Honourable Justice BivasPattanayak observed that the assessing officer had dismissed the assessee’s explanation by asserting that merely filing PAN information and a balance sheet does not relieve the assessee of his obligations to prove the nature of transactions.

The court stated that it is insufficient to simply reject the assessee’s reasoning. The AO should document in writing the reasons why the documents submitted by the assessee along with the reply do not verify the legitimacy of the transaction, identify the lender, or establish the lender’s trustworthiness.

The petitioner/assessee trades and sells footwear as well as various leather and non-leather accessories. A total income of Rs. 7,35,35,310 was reported on the assessee’s return of income for the AY 2015–16. A notification under Section 143(2) was sent once the case was chosen for examination. A review of the assessment records by the assessing officer revealed that the assessee had received unsecured loans from 13 different companies during the year under consideration. The names of these companies were provided. They were allegedly “paper companies” with no real value. Regarding one of these businesses, the assessee was told to give justification for their position.

All transactions with one of these businesses, M/s. Fast Glow Distributors Pvt. Ltd., according to the assessee, were conducted through banking channels. The assessee enclosed the copy of their PAN card, the income tax acknowledgment, a copy of their bank statement, a certificate of incorporation, master data from the register of companies, and evidence that the notice under Section 133(6) was properly served on the lender in order to establish the identity of the lender.

Regarding the lender’s trustworthiness, they included the annual report and the audited balance sheet, which revealed that the lender had a net value of Rs. 25.37 crores. The assessee emphasised that the lender’s response to the notification sent by the Assessing Officer according to Section 133(6) is likewise a valid document attesting to the lender’s legitimacy and identity.The assessee claimed that loans were taken out during the busiest time of their company activities, and that once that time had passed, they were returned with interest after withholding taxes at source. As a result, the assessee argued that the lender’s identity had been confirmed, the transaction’s veracity had been demonstrated, and the lender’s creditworthiness was undisputed. No unfavourable conclusions should be made as a result.

The assessee appealed to the CIT after being disappointed by the AO’s order (A). The CIT (A) ruled that the parties’ creditworthiness had been proven. The CIT (A) concurred with the assessee that just one of the lenders was the subject of the assessee’s show-cause notice. All of the loan companies were labelled as “paper corporations” throughout the examination, which was deemed to be against the natural justice principles. In the end, the assessee’s appeal was accepted.

The Assessing Officer now has the responsibility to investigate the source of the credit in order to justify referring to Section 68 of the Income Tax Act, according to the court’s ruling that the Assessee has satisfied the initial burden. The Assessing Officer should give the assessee due consideration before accepting or rejecting the explanation for the cash credit after giving the assessee notice and receiving it from the assessee.