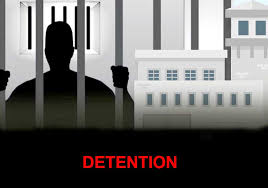 This particular decision is upheld by the High Court of Gujarat through the learned bench led by HONOURABLE MR. JUSTICE PARESH UPADHYAY in the case of Amitkumar Rameshbhai Patel v. State of Gujarat (R/Special Civil Application No. 6465 of 2021).

There was no response from the Finance Department of the State of Gujarat to the above-quoted query of this Court. Instead, affidavit in replies – all dated 22-07-2021 were filed on behalf of the Gujarat Goods and Services Tax Department, wherein, over and above giving details of the allegations against the petitioners, in the concluding part it was stated that, no proposal was made to detain the petitioners under PASA so far, by the State GST Department.

The Court was of the view that not only the query raised by the Court qua the citizen – the trader community, in this case, was not responded by the competent Authority from the Finance Department of the State, the sword kept hanging over the head of the traders, because it was replied by the GST Department that no proposal was made to detain the petitioners under PASA so far. Citizen can not be left in lurch like this. When the State on the whole and the economy, in particular, is trying to regain the momentum post COVID, such hanging sword situation can not be permitted to continue.

The Court while allowing the petitions found that in the facts like this, the State Authorities can not be permitted to resort to the stringent provisions like detention under the Prevention of Anti Social Activities Act against the petitioners.