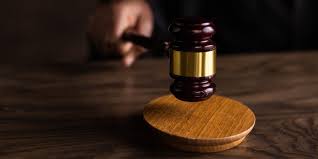 Abhishek Banerjee, a member of the Trinamool Congress (TMC), was the subject of a petition asking the Calcutta High Court to issue a suo motu rule of contempt against him for allegedly making insulting remarks about the judiciary. The plea was denied, the court ruling.

In the matter of Susmita Saha Dutta v. Avishek Bandyopadhyay (CRLCP 3 OF 2022), the petitioner also informed the judges on the bench Honourable Justice Sabyasachi Bhattacharyya and Honourable Justice Ajoy Kumar Mukherjee that the TMC MP had sought to mock the court and scandalise the Court. It was also argued that Banerjee tried to degrade the judiciary and damage its dignity because of his position and the fact that he could speak to the public.

In response to several Calcutta High Court rulings against the State government regarding CBI probes, Banerjee unleashed a scathing attack against a portion of the judiciary on May 28 while speaking to a crowd in the industrial township of Haldia in the East Midnapore district of West Bengal.

The appeal said that the TMC MP had said in an open forum that the High Court justices were ordering stays of current murder investigations and that a portion of the judiciary was operating in “cohorts” and ordering CBI inquiries in every case.

“In the present case, undoubtedly the comments uttered by the person in question may not be palatable to the general public and/or the members of the Judiciary, however, such nature of the act need not have the effect tantamount to a contumacious act, justifying issuance of a suo motu rule of contempt,” the Bench stated in rejecting the request to hold Banerjee in contempt.

The Court emphasised that it believes the issuance of a suo motu rule of contempt is a harsh sanction and should only be used in exceptional circumstances “Ownership is always associated with responsibility and self-control. Suo motu rules of contempt are an extreme measure that are only used when a court’s authority is scandalised or appears to be scandalised. However, in the present instance, we do not believe that the remarks made by the concerned party in any way undermine the authority of any court or have the potential to do so.”

Additionally, it was said that the alleged contempt is not of a kind that substantially impedes or threatens to substantially impede the proper administration of justice, thereby negating the requirements set forth in Section 13 of the Contempt of Courts Act, 1971.

“It would be hard for the judiciary to carry out its adjudicatory duties in more significant situations if errant remarks made by any Indian citizen, whether or not that person is a Member of Parliament. Such a practise could elevate people’s perceptions to the level of obstruction in the administration of justice itself “The Bench continued to watch.

The Court rejected the argument as a result, but it did issue a warning, noting that it is expected of public officials and those in influential positions who can shape national opinion to refrain from saying anything casual that denigrates the judiciary.