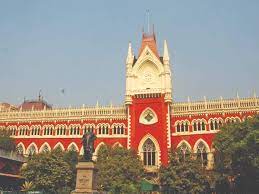 The Calcutta High Court recently granted a wife’s request to transfer a Matrimonial Suit from the Court of Additional District Judge, F.T.C., Coochbehar to the Court of District Judge, Darjeeling, in accordance with the principle of “showing leniency towards the wife.”

The bench of Honourable Justice Ananda Kumar Mukherjee considered the fact that the Husband had filed a divorce suit directly without making any attempts to restore the marital relationship in the case of Smt. Sandipa Gupta (Bhowmick) @ Sandipa Bhowmick v. Sri Suraj Gupta (C.O. 31 of 2022), and thus the Court opined that the wife cannot be put to such inconvenience by forcing her to travel at odd hours of the day, as the same would amount to a physical hardship for her.

In this case, the husband has filed a Matrimonial Suit for divorce against the petitioner/wife on the grounds of cruelty. The wife is currently living with her widowed mother in Siliguri, which is more than 100 kilometers away from Coochbehar.

The petitioner/marriage wife’s to the respondent/opposite party (Husband) was solemnized on March 11, 2020, and they only stayed together as husband and wife for 15 days in the opposite party’s house in Coochbehar.

It was also her case that her husband had filed the Matrimonial suit under Section 13(1)(ia) of the Hindu Marriage Act, 1955 against the petitioner/wife, requesting a divorce decree as a counterblast to her F.I.R.

She also stated before the Court that because her relationship with her husband is strained, she feels unsafe traveling to Coochbehar Court to participate in the proceedings.

The Husband, on the other hand, claimed that his wife had voluntarily left the matrimonial home within 15 days of the marriage and that the divorce suit had been filed on the grounds of cruelty.

The Court noted that the husband works, but the petitioner/wife is a housewife with no means of earning money to bear the financial burden of traveling such a long distance from Siliguri to Coochbehar.

Concerning the transfer of the case, it was argued that there is a conveyance facility to conveniently travel to Coochbehar and that the petitioner has no compelling reason to file this revisional application, which is liable to be dismissed.