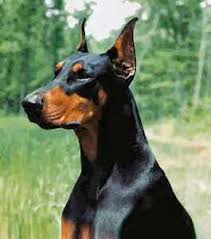 The violent dog must be removed in order to protect the interests of the neighbourhood and others who use the streets is upheld by the Uttarakhand High Court in the case of Girish Chandra Kholia v. State of Uttarakhand and others through the Bench consisting of Chief Justice Vipin Sanghi and Justice Ramesh Chandra Khulbe

In the instant case, a Public Interest Litigation (PIL) was filed by by Girish Chandra Kholia who was from Nainital.

Over 11,000 dog bite cases that were reported in the state were cited in the PIL to highlight the issue of the growing dog menace in the state.

The High Court ordered that the state administration should make sure that there are no stray dogs on the roadways throughout the state within 6 months.

The Court also gave the Nagarpalika, Nainital a directive to survey the stray dogs in the town and to only remove and put in the dog pound the pack’s aggressive canines.

The Court went on to say that because dogs have a territorial nature, it would not be wise to take them all and put them in a dog pound. However, the Court noted, the violent dog must be removed in order to protect the interests of the neighbourhood and others who use the streets.

The aggressive stray dogs must be found, removed from the regions under their authority, and put in the dog pound, according to the judgement by the Uttarakhand High Court.

In addition to this, the Municipality was required to submit an affidavit from the Executive Officer detailing the actions taken to sterilise the stray dogs in compliance with the court’s orders.