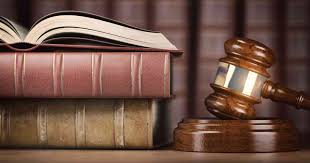 A Bench comprised of Justice Sabyasachi Bhattacharyya and Justice Ajoy Kumar Mukherjee took on record a report filed by the Executive Engineer, Bankura Irrigation Division in the case of Sulogna Chowdhury v. State of West Bengal & Ors (WPA (P) 239 OF 2022), in which it was submitted that no activity was found on the river-bed and, apart from levelling and dressing, no activity related to change of existing

According to the PIL, the respondent authorities granted permission to the Chief Minister to hold a public rally on a riverbed at the request of the ruling party, to the detriment of the river. It was also argued that a project for dredging drainage channels in the Gandheswari river had been undertaken, and that as a result, the proposed rally of several people would have a negative impact on the riverbed, to the detriment of public interest.

The Court was also informed that the Sub-Divisional Officer, Bankura, had granted permission for the rally to take place and that it would not be detrimental to public interest in any way.

Refusing to issue an interim order, the Court stated, “Upon scrutinizing the photographs annexed to the present writ petition, it is clear that the alleged river-bed, where the rally is proposed to be held, is absolutely dry, and there is no scope of adversely affecting or polluting the river water in any way by virtue of holding such rally.”

It was also opined that because the respective authorities as well as private individuals owning a substantial share of the land where the rally will be held have sanctioned the rally’s holding, there is no reason to intervene in the current writ petition.

The Court, on the other hand, ordered the respondent authorities to file an affidavit-in-opposition by June 14, and any response by June 21. The case was scheduled to be heard again on June 22.