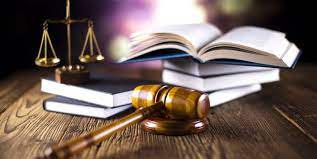 Abhishek Banerjee, National General Secretary of the Trinamool Congress, and his wife Rujira Banerjee were granted permission by the Calcutta High Court to travel to Dubai for medical treatment. This is despite the fact that the Enforcement Directorate (ED), which is investigating the two in a coal smuggling scheme, has objected to their travel.

In the case of Abhishek Banerjee & Anr v. The Union of India & Ors (WPA 9723 of 2022), a single Judge Bench of Honourable Justice Bibek Chaudhuri asked the petitioners to file a joint undertaking before the concerned authority of the Enforcement Directorate in Kolkata, mentioning the information and the date of return as fixed by the Court.

Abhishek Banerjee had approached the High Court earlier in the day, alleging that the ED had denied him permission to travel to Dubai for medical treatment.

Last month, the Supreme Court stayed the implementation of a Delhi High Court order refusing to quash summons issued to the MP and his wife for appearance in New Delhi for questioning in connection with the coal scam case. A Bench comprised of Justices U.U. Lalit, S. Ravindra Bhat, and Sudhanshu Dhulia issued a slew of directives and also stated that the Directorate is free to summon Banerjee to its office in Kolkata with at least 24 hours’ notice.

Banerjee’s counsel informed Justice Bibek Chaudhuri that a letter was written to the Assistant Director, Directorate of Enforcement on May 31 stating, inter alia, that he is suffering from an eye ailment as well as Neurofibroma for which he is undergoing medical treatment which would require him to travel abroad and thus had prayed that his personal attendance be excused for the time being.

The Court was also informed that he had purchased airline tickets for himself and his wife from Kolkata to Dubai on June 1, 2022, with a return ticket on June 10, 2022. The Enforcement Directorate, on the other hand, had denied the petitioners’ request to travel abroad, fearing that he and his wife would flee to Dubai.

The Court granted the TMC MLA and his wife permission to travel to Dubai for medical treatment, stating, “Considering the instant application purely on humanitarian grounds, this Court permits the petitioner no.1 and his wife to visit Moorfields Eye Hospital, Dubai, United Arab Emirates between the 2nd and 10th of June, 2022.”

“The petitioners shall submit the copies of the air tickets and the address where they would stay in Dubai during the particular period to the Enforcement Directorate with the phone numbers of the Hospital and the place of accommodation of the petitioners so that the Enforcement Directorate can keep a track of the whereabouts of the petitioners,” the Court said, directing them to submit details about their accommodation and the hospital where medical treatment will be sought.

Following a review of the record, the Court concluded that it is not the Enforcement Directorate’s fault that the petitioners are not cooperating with the investigation. The Court went on to say that the right to life, as enshrined in Article 21 of the Constitution, includes the right to proper medical treatment.

The Court also stated that by allowing the petitioners to travel abroad for medical treatment, the Supreme Court’s solemn orders are not being violated.