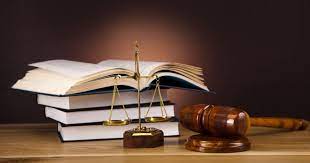 In a Public Interest Litigation (PIL) petition against the West Bengal government’s decision to require students in all State-run schools to wear blue-and-white uniforms that also feature the “Biswa Bangla” logo, the Calcutta High Court asked the State government for a response.

In the case of Soumen Halder v. The State Of West Bengal & ors (WPA(P)/120/2022), a Bench made up of the Honourable Chief Justice Prakash Shrivastava and Justice Rajarshi Bharadwaj instructed the State government to file an affidavit-in-opposition within 4 weeks. The petitioner was further instructed to submit a response to the opposition affidavit within two weeks.

Students in all government, semi-government, and government-aided schools in Bengal will wear a common uniform in the colors blue and white, which will also feature the Bengal government’s “Biswa Bangla” logo, according to a notification from the Paschim Banga Samagra Siksha Mission dated March 16. In January 2018, the “Biswa Bangla” campaign, which promoted the sale of traditional Bengali handicrafts and textiles, became the State’s emblem.

In his PIL, petitioner Soumen Halder claims that the TMC-led government is using the encryption of student uniform logos as a “political stunt” and requests a temporary halt to the notification.

The matter was consequently scheduled for another hearing on August 1.

The Department of MSME (Micro, Small and Medium Enterprises) and Textiles has been enlisted to help with the “supply of school uniform to students,” and all district magistrates have been asked to concentrate on this issue. Self-help organizations will produce the uniforms under the department’s supervision.

“With the approval of the appropriate authority, the Department of MSME and Textiles released specifications for the production and supply of school shoes, bags, and uniforms. For your reference, please find the attached policies and requirements “The message is displayed.

The West Bengal government had previously implemented a new color scheme in which all government buildings, including police stations and other public infrastructure, were painted blue and white. Additionally, the Kolkata Municipal Corporation (KMC) had announced a property tax exemption for homeowners who paint their homes white and blue.