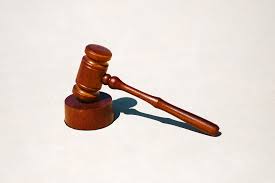 The High Court of Delhi, through learned judge, Justice Yahwant Sharma in the case of Ansaar Mohammad v. State of Rajasthan (W.P.(C) 3883/2022) held that right to ‘Inspection Of Work’ of any Public Authority under Section 2(j) of RTI Act does not include ‘Inspection Of Property’

FINDINGS OF THE COURT:  In the considered opinion of the Court that the submissions of the learned counsel of the petitioner was thoroughly misconceived for certain reasons. The court remarked “The Act essentially confers a right on citizens to seek information. It enables them to secure information that may be within the control and possession of public authorities. When Section 2(j) uses the word “work”, it is referring to the inspection of documents and records and it is in that light that the said phrase is liable to be understood. The word “work” is to be read in conjunction with the expressions “documents” and “records”. It thus must necessarily draw color therefrom’’. The court dismissed the petition by remarking that as it construed the provisions of the Act, it was manifest that the application that was made was thoroughly misconceived.