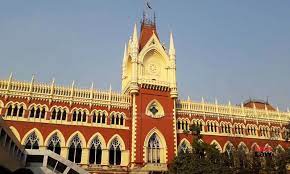 The Calcutta High Court noted that the petitioner’s attorney had been threatened by the concerned inspector of the neighborhood police station and transferred the investigation into a criminal case to the West Bengal CID.

The Deputy Inspector General of Police (DIG) of the West Bengal CID was ordered by a Single Judge bench chaired by Honorable Justice Bibek Chaudhuri to designate an Officer to conduct an investigation in the case of Mousumi Narayan (Nee Pal) v. The State of West Bengal & Ors (CRM (SB) 77 of 2022).

In the present case, the respondents harassed, threatened, and molested the petitioner, and as a result, a case was filed against them at the Kasba Police Station on August 20 and 21 under Sections 341/354B/506 and 114 of the Indian Penal Code. The jurisdictional Magistrate then granted bail to the respondents, noting, among other things, that they had complied with Section 41A of the CrPC.

The petitioner then filed a second complaint at Anandapur Police Station after the respondents subsequently committed the same offense. The respondents were subsequently granted bail by the concerned ACJM in an order dated November 3, 2021. The petitioner has submitted the current plea, asking for the cancellation of bail on the grounds that the bail terms had been broken.

The Court instructed in revoking the respondents’ bail: “When the Anandapur Police Station case number was registered against the opposing parties, it is prima facie proven that their post-bail conduct was not satisfactory based on a review of the materials on file and after hearing from the learned attorneys for the parties. The bail requirements have not been followed by them. I am therefore inclined to revoke the bail order that was granted to the opposing parties. The police are instructed to detain the opposing parties right away.”

The Court noted as a result, “This Court believes that both Kasba Police Station Case No. 254 of 2021 and Anandapur Police Station Case No. 63 dated 5th April, 2022 ought to be investigated by a competent officer of C.I.D., West Bengal, given that the learned advocate for the petitioner was even threatened by the police inspector who is the well-wisher of the opposite parties. As a result, it is mandated that the Officer, CID, appointed by the D.I.G., C.I.D., receive the case diary of the aforementioned case from the Officers-in-Charge of Kasba P.S. and Anandapur P.S. for further investigation.”

A copy of this order was subsequently sent to the D.I.G., C.I.D., Government of West Bengal at Bhawani Bhawan, Alipore, as per the court’s directive.