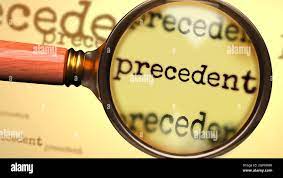 This particular decision is upheld by the High Court of Gujarat through the learned bench led by HONOURABLE MR. JUSTICE ASHOKKUMAR C. JOSHI in the case of Ayeshaben v. Huriben Ismail Ali, R/Special Civil Application No. 12535 of 2018).

Petitioners were the original defendants in the captioned civil suit filed by the respondents herein –original plaintiffs for declaration and permanent injunction before the civil Court concerned at Amod, District, Bharuch, which came to be decreed by order dated 26-08-2001 as compromise took place between the parties. In filing of the execution petition, since there was a delay of about 02 years and 05 months, the respondents –plaintiffs filed a Civil Misc. Application 1 of 2016 before the Principal Civil Judge, Amod, which was rejected vide order dated 06-03-2017 and hence, the respondents –plaintiffs filed the aforesaid appeal before the first appellate Judge, which came to be allowed by way of impugned judgment and order.

Advocate for the petitioners – defendants, with all vehemence at his command, submitted that the learned first appellate Judge had committed a grave error in allowing the appeal and thereby, condoning the delay in filing the execution petition, which was filed almost after 15 years of the judgment and decree is passed in the civil suit, that too, without assigning any reasons for the same.

The Court reiterated the decision of Supreme Court in Indian Oil Corpn. Ltd. v. Subrata Borah Chowlek, (2010) 14 SCC 419 and opined that the consideration which cannot be ignored is that if sufficient cause for excusing delay is shown, discretion is given to the Court to condone delay and admit the appeal. Ignorantia juris non excusat (latin for “ignorance of the law excuses not”) is a legal principle holding that a person who is unaware of a law may not escape liability for violating that law merely by being unaware of its content. Nonetheless, it is also trite that every case should be decided on merits rather than mere technicalities, save and except they are inexcusable.

Thus, the Court dismissed the petition and held that the first appellate Court had rightly exercised the discretion with a view to advance substantial justice. The Court however took this opportunity to emphasize the importance of reasoning in a judgment/order.

Proper reasoning is the heartbeat of a judgment/order. Detailed reasoning does not mean to have unwarranted repetition but it should be terse and to the point. It can be summed up in few lines also, but that must go to the root of the controversy and explanation thereto. Reasoned order furthers the cause of justice as well as avoids uncertainty it helps in the observance of law of precedent. Lack of reasons introduces an element of uncertainty, dissatisfaction and give entirely different dimensions to the questions of law raised before the higher/appellate courts.