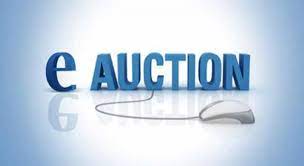 According to the Calcutta High Court, an unsecured creditor’s request for a stay of the e-auction process to liquidate Dunlop India Ltd.’s plant and machinery is a desperate attempt to keep the claims of the creditors and employees uncertain and in limbo for all future times.

In the case of M/S. Dunlop India Limited and Ors v. Mathai and Sons (CP 233 OF 2022), a single judge bench chaired by Honorable Justice Moushumi Bhattacharya found that the applicant, who lacked a claim to support its actions, had thrown a wrench in every attempt to sell the company’s (in liquidation) properties at Sahagunj and Ambattur.

The Court was making a decision regarding a request for a stay of an e-auction sale notice dated February 21, 2022 made by one Miller Traders Private Limited, an unsecured creditor of Dunlop India Ltd.

Additionally, the applicant requested that a valuation report for Dunlop India Ltd’s two factories in Sahagunj and Ambattur be set aside and that a new e-auction notice dated May 9, 2022, pertaining to the company’s Sahagunj factory’s assets, be suspended.

The applicant claimed that it was wronged by the purported depreciated value of the assets at the Sahagunj and Ambattur factories as shown in the e-auction notice for the sale of such properties dated February 21, 2022.

The applicant also demanded explanations for the devaluation, arguing that it is the Official Liquidator’s responsibility to do so given the assets’ sharp decline in value from 418 crores in 2014 to 13.21 crores in 2022.

Further, it was stated that it was clear from the valuers’ reports that the plants and machinery were already severely damaged and devalued, and could only be classified as scrap. The Court also cited a division bench order from May 8, 2017, which stated that there had been fires in the facilities on several occasions.

“Technology has also changed quickly, which might have contributed to the continued depreciation of the properties. Most importantly, the Division Bench’s orders and the valuers’ reports both support the assertion that there was a free-for-all among interested parties that resulted in widespread asset destruction up until May 2017 “The Court added that.

Even if the claim made by the Official Liquidator that an online search would turn up more than 39,000 records demonstrating a connection between the applicant and the group companies of the company in liquidation is discounted, Justice Bhattacharya continued, the applicant’s behavior is, to put it mildly, desperate.

The Court also emphasized that the claim that the Official Liquidator was unable to provide an explanation for why the assets had depreciated is weak and dubious and ought to be rejected outright. It was stated once more that the record demonstrates that the Official Liquidator could not have knowledge of or played any role during the relevant period, which is 2014 to 2017, when the assets were lying unprotected and at the mercy of parties whose only intention was to deprive the company (in liquidation) of any value and thwart the claims of its employees and creditors.

As a result, the Court assessed the applicant costs totaling Rs. 2 lakhs and further noted,

“The obvious conclusion is that the applicant wants to keep the claims of the creditors and employees in doubt and in limbo for all future times rather than seek closure or any constructive resolution of the situation. If a connection can be made to the core of the issue, the applicant’s behavior is simply not kosher. Therefore, this Court believes that the applicant should be required to pay costs to the company’s employee welfare fund in the amount of Rs. 2,000,000. (in liquidation). The aforementioned sum is to be given to the Official Liquidator so that it can be kept in a separate interest-bearing account for the benefit of the company’s (in liquidation) employees.”