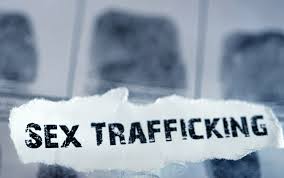 The Director General of Police for West Bengal has been ordered to make sure that cases involving the sex trafficking of young girls are transferred to the Anti Human Trafficking Unit so that they can be investigated by specialized officers, preferably female officers, after the Calcutta High Court recently voiced its displeasure with the way such cases are handled in the State.

In the case of Ved Prakash Arya v. State (C.R.M. (DB) 1477 of 2022), a Bench made up of Honorable Justice Joymalya Bagchi and Justice Ananya Bandyopadhyay argued that victims need psychological counseling, which the investigating agencies have failed to provide.

“We are horrified by the callous way that cases involving the sex trafficking of young girls are handled. A specialized agency with staff that is appropriately sensitive to the issue needs to look into these cases. In such cases, the victims are typically women or children from weaker and marginalized social groups. They require appropriate safeguards, assistance, and support, including psychological counseling. We observe that the investigating agencies do not take any action in this regard.”

The Court was making a decision regarding a case involving prostitution and sex trafficking victims. The petitioner, whose home is accused of hosting prostitution, made a request for bail under Section 439 of the CrPC.

The investigating agency’s report, which stated that the victims received psychological counseling on June 14, 2022, and that interim compensation had also been granted in accordance with the law, was taken into account by the bench. The Court was also informed that the necessary actions had been taken to provide the witnesses with the protection they required.

In order to ensure that victims receive interim compensation and psychological support, the court instructed the director general of police in West Bengal to take the necessary actions to transfer cases involving the trafficking of women, particularly minors, for sexual exploitation to the Anti Human Trafficking Unit for investigation.

“This Court must therefore order the Director General of Police, West Bengal, to take the necessary actions to ensure that cases involving the trafficking of women, especially minors, for sexual exploitation are transferred to the Anti Human Trafficking Unit and investigated by trained officers, preferably female officers. Investigation-related actions should be taken to provide these victims with protection and assistance in the form of a support person, counselling, and interim compensation as required by law “the Court commanded.

It was mandated that a copy of the order be sent to the West Bengal State Director General of Police for any necessary compliance.

The senior attorney representing the petitioner argued that the relevant property had been rented out to another person, but the Court observed after reviewing the record that the materials on file show prostitution was practiced in the petitioner’s premises at least in part.

The Court noted in rejecting the bail request: “We believe that such a defense must be taken into account during the course of the trial. We do not, however, believe that it is wise to release the petitioner on bail at this time given the nature of the offense, which has broad-reaching and detrimental social effects, as well as the fact that the vulnerable victims still need to be examined.”