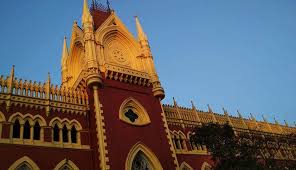 In the case of Anindhya Sundar v. UOI (WPA 142 of 2021), a two-judge bench of the Calcutta High Court, presided over by Honorable Chief Justice Prakash Srivastava and Justice Rajarshi Bharadwaj, ordered the State government and the Central Bureau of Investigation (CBI) to state their respective positions on the request made by the CBI to take over the investigation into the incident of firing by CISF personnel on

Four residents of Jor Patki village in Sitalkuchi were killed by central forces firing in West Bengal, according to media reports, and one resident was killed by unidentified miscreants as they were leaving the village after casting their ballots.

On April 10, during voting for the fourth phase of the West Bengal election 2021, at 126/5 in Jorpatki in the Sitalkuchi Assembly constituency, the CISF personnel opened fire after they allegedly came under attack from a group of villagers. The case was taken over by the West Bengal Criminal Investigation Department (CID) on April 16.

The CISF has already received a clean bill of health from the Election Commission for opening fire in the Sitalkurchi Assembly constituency in Cooch Behar, claiming that the decision was made in “self-defense” and that it “became necessary to save the lives of the voters.”

Additionally, the Commission postponed the vote at the polling place after the incident and forbade politicians from entering Cooch Behar for 72 hours out of concern for their safety.

In the incident at a voting booth in Mathabhanga, Cooch Behar district, four people are allegedly dead. The CISF had reportedly opened fire after “coming under attack from locals,” according to security forces at the time. On orders from Chief Minister Mamata Banerjee, the state’s Crime Investigation Department is currently looking into the case.

Before a Bench made up of Chief Justice Prakash Shrivastava and Justice Rajarshi Bharadwaj, Additional Solicitor General (ASG) SV Raju, appearing on behalf of the CBI, argued that the investigation of two cases relating to an alleged shooting by CISF personnel must be transferred to the CBI in accordance with an order issued by a five-judge High Court Bench on August 19, 2021. The two cases are Mathabhanga PS FIR Nos. 180/2021 from April 10, 2021, and 181/2021 from April 12, 2021.

It should be noted that the investigation of cases involving murder, rape, and crime against women was given to the CBI by court order dated August 19, 2021, while a SIT was established to look into other criminal cases involving post-poll violence.

The ASG had previously informed the Court that the Director General of Police (DGP) of West Bengal, Manoj Malviya, had been requested to turn over the two cases to the CBI in a letter dated January 6, 2022. In addition, he claimed that two reminder letters, dated January 21 and March 11, had been sent, but the DGP for West Bengal had not replied.

On the other hand, ASG Raju claimed on Tuesday that the State government has not yet complied with the Court’s directive in this regard, and that the cases and pertinent records have not yet been given to the CBI.

On the other hand, Advocate General S.N. Mookherjee opposed the CBI’s request for a transfer of the investigation, arguing that the incident in question did not occur after the Assembly elections and is not, therefore, included in the list of cases that the CBI has been directed to investigate by the order of the 5-judge Bench of the Court. He added that there are no accusations against the State police authorities because it is a known fact that CISF personnel were involved in the firing.

The State government and the CBI were ordered by the Court to state their respective positions before the next hearing date, which is scheduled for July 11, in response to the opposing submissions.