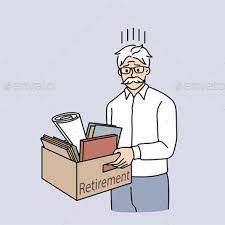 This particular decision is upheld by the High Court of Gujarat through the learned bench led by HONOURABLE MR. JUSTICE BIREN VAISHNAV in the case of Chief Officer v. Solanki Kanubhai Danabhai (deceased) (R/Special Civil Application No. 1697 of 2020).

The instant petition was filed challenging the awards of the Labour Court ordering reinstatement of the employees of Patan Nagarpalika who had raised the issue of early retirement age. The respondent (now deceased) who was working with the Patan Nagarpalika had raised an industrial dispute before the Labour Court contending that the stand of the petitioner — Nagarpalika in retiring them at the age of 55 on and from 30-09-2007 is bad. It was his case that he was entitled to continue till the age of 60. The stand of the Municipality before the Labour Court was that the Municipality had power to retire a municipal servant at any time on or after he attains the age of 55 years on giving him three months’ notice according to Rule 5 of the Rules framed under Section 271 of Gujarat Municipalities Act. The Labour Court had allowed the petitions and ordered reinstatement.

The Court held that it was within the powers of the municipality in exercise of powers under Section 271 of Gujarat Municipalities Act to frame rules. Proviso to Rule 5 indicates that the action can be taken by a municipality against an employee where employee reaches the age of superannuation. This, of course, is subject to he being given three months notice and notice pay in lieu thereof.

Relying on the decision of a Division Bench of Gujarat High Court in context of the same municipality dated 03-03-2020 rendered in Special Civil Application Nos. 22332 of 2005, the Court affirmed that the section gives specific powers to make rules and the operation of Rule 5 and consequential retirement was held valid. The petitions were allowed finding that there was sufficient compliance of Rule 5, inasmuch as, notice of three months was given.