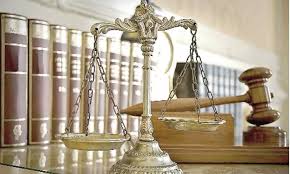 The latest status report regarding the progress of the investigation into the cases of violence that had allegedly occurred after the announcement of the West Bengal assembly elections in May 2021 was received by the Calcutta High Court . The report was submitted by the Special Investigation Team (SIT) and the Central Bureau of Investigation (CBI).

By order dated August 19, 2021, the Court assigned the CBI to investigate cases involving homicide, rape, and crime against women, while a SIT was established to look into additional criminal cases involving post-election violence.

The seventh status report submitted by Additional Solicitor General (ASG) SV Raju on behalf of the CBI was taken into consideration by a Bench made up of Honorable Chief Justice Prakash Shrivastava and Justice Rajrashi Bharadwaj in the case of Anindya Sundar Das v. Union of India and others  (Writ Petition Appeal No. 142 of 2022).

The most recent status report submitted by the SIT was also recorded by the Court. A chargesheet has been filed in 41 of the 50 cases from which the CBI had requested an investigation, according to the SIT’s attorney, who appeared before the Bench.

Four residents of Jor Patki village in Sitalkuchi were killed by central forces firing in West Bengal, according to media reports, and one resident was killed by unidentified miscreants as they were leaving the village after casting their ballots.

On April 10, during voting for the fourth phase of the West Bengal election 2021, at 126/5 in Jorpatki in the Sitalkuchi Assembly constituency, the CISF personnel opened fire after they allegedly came under attack from a group of villagers. The case was taken over by the West Bengal Criminal Investigation Department (CID) on April 16.

The CISF has already received a clean bill of health from the Election Commission for opening fire in the Sitalkurchi Assembly constituency in Cooch Behar, claiming that the decision was made in “self-defense” and that it “became necessary to save the lives of the voters.”

Additionally, the Commission postponed the vote at the polling place after the incident and forbade politicians from entering Cooch Behar for 72 hours out of concern for their safety.

ASG Raju further argued during the proceedings that the CBI should take over the investigation of two cases related to a shooting incident involving CISF officers on April 10, 2021, in Sitalkuchi, Cooch Behar district, during the West Bengal Assembly elections, in accordance with an order issued by a five-judge High Court bench on August 19, 2021. The two cases are Mathabhanga PS FIR Nos. 180/2021 from April 10, 2021, and 181/2021 from April 12, 2021.

However, Advocate General S.N. Mookherjee opposed such a request for a transfer of the investigation, arguing that the incident in question did not occur after the Assembly elections and is therefore not included in the list of cases that the CBI has been directed to look into by the order of the 5-judge Bench of the Court.

The State government and the CBI were subsequently ordered by the Bench to state their positions in writing before the next hearing date, which is scheduled for July 11.

By order dated April 20, 2022, the Court appointed a three-person committee to look into the claim that West Bengal’s post-election violence resulted in the displacement of over 303 victims. The National Human Rights Commission member/nominee, the State Human Rights Commission member/nominee, and the Member Secretary of the State Legal Services Authority made up the three-person committee that the Court had established.