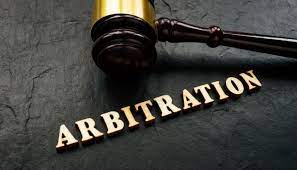 The Calcutta High Court noted that an award holder has the legal right, under Section 36 of the Arbitration and Conciliation Act, 1996 (Act), to hold onto the entire arbitral award sum even while an application to set aside the award is pending. This security, however, must be substantial and not merely symbolic.

The Honorable Justice Shekhar B. Saraf stated his opinion in the case of Siliguri Jalpaiguri Development Authority v. Bengal Unitech Siliguri Projects Limited (I.A. G.A. NO. 1 of 2022) that even though the award holder’s rights are not fully realized until the application under Section 34 of the Act is resolved, the award holder still has the legal protection provided by Section 36 of the Act to be successfully secured for the duration of the arbitral award.

The Court emphasized, “Last but not least, it is my view that the amended Section 36 of the Act, provides for securing the award holder for the entirety of the award value. This dismisses the petitioner’s contention that the land in the respondent’s possession must be considered sufficient security under Section 36 of the Act. Furthermore, the security must be genuine and not fictitious or insignificant. Therefore, the senior attorney representing the petitioner’s position that the land the respondent is in possession of must be taken into account as sufficient security under Section 36 is unpersuasive. The parties’ disagreement involves the land that was provided as security.  Furthermore, no evidence supporting the claim that the land’s value would fully pay the award has been presented to the court. Therefore, the same cannot be accepted in order to protect the award holder’s interests.

Therefore, the Court decided that the award holder should be held accountable for the full sum decided upon by the Arbitral Tribunal, as well as interest and other fees. As a result, the Court ordered the petitioner to satisfy the Registrar Original Side, High Court at Calcutta, by depositing 50% of the arbitral award (including interest calculated until June 2022) in the form of cash security or its equivalent.

“The Registrar Original Side is instructed to make a fixed deposit of the specified amount with any nationalized bank upon making the deposit and to keep the deposit renewed until the application under Section 34 of the Act is resolved or until further orders of the Court. To the satisfaction of the Registrar Original Side, High Court, the petitioner shall provide bank guarantees of a nationalized bank to secure the remaining 50% of the awarded amount. The aforementioned bank guarantee must be renewed one month before it expires and maintained until the Section 34 application is resolved or until further orders are made regarding it, whichever comes first “Further, the Court ruled.

As a result, the petition was dismissed with the instruction that the aforementioned exercise must be finished within four weeks.