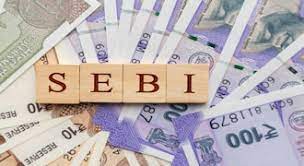 The Central Bureau of Investigation (CBI), the Enforcement Directorate (ED), and the State government were ordered by the Calcutta High Court to turn over the proceeds from the sale of assets belonging to the Saradha group of companies to a one-man committee headed by Justice S.P. Talukdar, a former judge of the High Court.

In the case of Abdul Khalek Laskar & Anr v. Union of India & Ors (Writ Petition Appeal  7238 of 2017), the Bench of Honorable Justice I. P. Mukherji and Justice Subhendu Samanta further ordered SEBI to conduct the sale of the company’s remaining properties through its customary procedure. A report was then required to be provided to the Committee.

Up until 2013, the West Bengal, Assam, and Orissa states were allegedly the locations of the Saradha group’s chit fund operations. Over Rs 2,459 crore in total funds were mobilized by the accused company, of which Rs 1,983 crore have yet to be paid to depositors (excluding the interest amount).

The defrauded depositors informed a bench made up of Justice I.P. Mukerji and Justice Subhendu Samanta that various authorities, including the C.B.I., E.D., and State government, among others, have some funds belonging to the company in their possession. As a result, they pleaded for the transfer of the entire fund, including the sale proceeds realized by SEBI, to the committee in order to issue the necessary instructions.

As a result, the Court directed that “We order that the one-man committee led by Mr. Justice S.P. Talukdar (retired), who will consider these submissions, will handle the case. The aforementioned authorities must deposit all company funds with the one-man committee or in any bank per its instructions after deducting all costs and fees, etc.”

Additionally, the SEBI was instructed to sell the company’s properties that are the focus of the current petitions in accordance with its standard operating procedure. The SEBI was given the option to accept the highest offer after receiving all of the offers or to hold an auction to receive a higher offer. Following that, SEBI was instructed to write a report and give it to the one-man committee.

“This committee will have to approve the sale. If the situation calls for it, the committee may instruct SEBI or any other organization to conduct a new advertisement or auction. The offer accepted by the committee will be presented to this court for approval before becoming final “Further, the Court ruled.

It was mandated that the entire exercise be finished in 3 months.