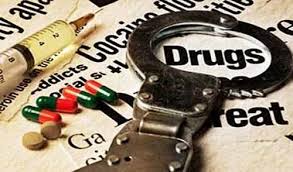 In a landmark decision, the Calcutta High Court ordered on Wednesday that seizing officers in all cases involving the recovery of narcotic substances must film the entire process and that any excuses for not doing so must be made explicit in the investigation records.

In the case of Kalu Sk. @ Kuran v. State (Case No.698 of 2021) , the bench of Honourable Justice Joymalya Bagchi and Justice Ananya Bandyopadhyay stated that all police officers are typically outfitted with smartphones and other electronic devices that would allow them to videotape such a recovery procedure. Furthermore, it was noted that using such technology is necessary to give the investigative process fairness, impartiality, and confidence.

The directives were given while making a decision regarding a case in which serious errors by the investigating agency had been noted during the recovery of a controlled substance under the NDPS Act.

The presence of independent witnesses at the time of the seizure appeared to be doubtful in the current case, as the concerned witnesses in their statements before the Magistrate under Section 164 of the CrPC did not support the seizure, and the seizure list did not contain the signatures of all the accused persons who were alleged to have been arrested from the location where the recovery was made.

As a result, the Court had instructed the Superintendent of Police of the Murshidabad Police District to take action to begin disciplinary proceedings/the suspension of police officers involved in the investigation of the case after observing such discrepancies in the current case and other similar cases.

The Murshidabad Police District Superintendent of Police personally appeared before the court on Wednesday and delivered a report informing the court that an administrative order had been issued instructing all seizing officers to record the signatures of suspects who are apprehended at the time of recovering drugs in the seizure list. The report also stated that departmental proceedings had been started against the seizing officer, the investigating officer of the current case, the officer in charge of the involved Police Station, and they had all been suspended.

The Bench also stated that although the Narcotics Control Bureau’s Field Officers’ Handbook, among other things, instructs the search team to carry a video camera among other equipment for the purpose of the search, sadly, even in cases handled by NCB, such directives are not followed.

Additionally, the Committee’s recommendations from 2017, when it was suggested that crime scene videography is “desirable and acceptable best practice,” were taken into consideration. The Committee had also issued a number of directives for planning, capacity building, and the mandatory implementation of such a procedure.

The Court also cited the Supreme Court decision in Shafhi Mohammad v. State of Himachal Pradesh, in which the High Court determined that it was time to adopt videography as a desirable and acceptable “best practice” in criminal investigations, particularly for crime scenes, as recommended by the aforementioned Committee to strengthen the rule of law. It was further stated that the Centrally Driven Plan of Action created by the Committee and the timelines therein had received approval from the Supreme Court.

In order to ensure that the “unvarnished truth” is presented to the Court during adjudication, the Court issued the following directives:

(ii) the reasons for failing to do so must be specifically noted in the investigation records, particularly contemporaneous documents such as seizure/inventory lists;

(iii) A superior police officer not below the rank of Additional Superintendent of Police is responsible for overseeing the recovery of illegal drugs in excess of commercial quantities within their territorial jurisdiction and making sure that all legal requirements regarding search and seizure are followed, including the directives in I and (ii) regarding the videotaping of the recovery and/or the recording of sufficient justifications for deviating from such procedure.

(iv) The seizing officer would be subject to departmental proceedings if the directives I and (ii) relating to videography of recovery were not followed, and/or if justifications for the failure to comply were not recorded in contemporaneous documents;

(vi) Superintendent of Police/Commissioner of Police in each district/commissionerate shall conduct training programs to spread awareness and build the capacity of officers regarding compliance with statutory requirements in the matter of search and seizure of narcotic substances under the NDPS Act and compliance with the aforesaid directives relating to videography.

(v) Director General of Police shall issue necessary directions for proper compliance with the aforesaid directives.

The Court emphasized once more that the aforementioned requirement of recording recovery proceedings is applicable to all Central agencies authorized by the NDPS Act to search for and seize narcotics. On the next hearing date, which is scheduled for 2 weeks from now, the Union of India and the NCB were also asked for a response to such a directive.

The Assistant Solicitors General of this Court, Director General of Police, West Bengal, Union of India, NCB, and Registrar General were all instructed to receive copies of this order for necessary compliance.

The Court mandated additional “Accordingly, it is proposed that all seizing officers of the Central agencies authorized to search for and seize drugs under the NDPS Act comply with directive Nos. I (ii), and (iv). While Directive Nos. (iii) and (iv) apply to all superior officers of the aforementioned agency not below the rank as prescribed by the head of the department, Directive Nos. (v) and (vi) shall apply to the head of the department of the Central agency in question “.