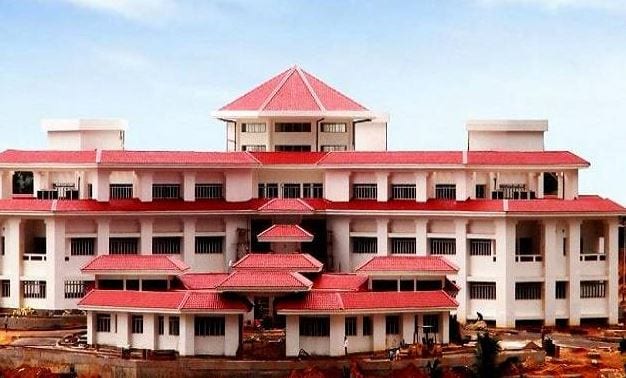 The Tripura High Court in the case of Abdul Jabbar vs (A).Sri Jyotish Ch. Paul (RSA 57 OF 2019) upheld that when the admissibility of the document is not challenged and it is allowed to be brought on record, then, objection to the mode of proof cannot be raised at a later stage as a matter of rule of fair play.

Facts of the case : The plaintiffs, Fayjul Haque and Nihar Uddin instituted the suit for declaration of their right, title and interest over the suit property described in Schedule-‘B’ being the part and parcel of the land of Schedule-‘A’ of the plaint and for recovery of possession of the said Schedule-‘B’ land.

It was asserted in the plaint that ‘A’ Schedule land measuring 0.80 acres originally belonged to late Sudhir Chandra Paul, the proforma defendant. Late Sudhir Chandra Paul had sold the land to one Sonajan Bibi. Since then, Sonajab Bibi had been possessing the land of Schedule-‘A’ exercising all her rights as owner. During revisional settlement operation 0.50 acres of land of Schedule-‘A’ was recorded in the name of her husband Kabir Ali alias Kabir Miah land measuring 0.13 acres had been recorded in her name and rest of the land measuring 0.17 acres remained unchanged i.e. in the name of late Sudhir Chandara Paul. But, entire ‘A’- Schedule land was under the exclusive possession of Sonajan Bibi till her death. After expiry of both Sonajan Bibi and her husband Kabir Miah about 7/8 years ago the plaintiffs became the absolute owners and possessors of entire ‘A’ Schedule land as per Islamic Law of Inheritance. It is found that the name of one Farmuja Bibi was recorded as permissive possessor at Col. No.16 of Khatian No.332 comprising land of Schedule- ‘B’.

Being the son of said Farmuja Bibi the principal defendant Abdul Jabbar had been using the suit land of Schedule-‘B’ by way of fishery. On the basis of evidence provided the lower court announced the judgment in favor of the plaintiffs.

Judgment : Counsel appearing on behalf of the appellants raised objection in the appeal that the plaintiffs had failed to substantiate the foundation of the fact that the sale deed dated 21.04.1980 was destroyed.

When the sale deed dated 21.04.1980 was introduced in evidence and marked as Exhibit, Abdul Jabbar did not raise any objection regarding the mode of proof of the said certified copy of the sale deed or bringing it into the evidence. When no objection is taken to the admissibility of a document at the trial, it is not necessary to consider whether the document was admissible under the law. When the admissibility of the document is not challenged and it is allowed to be brought on record, then, objection to the mode of proof cannot be raised at a later stage as a matter of rule of fair play. Order 13 Rule 4 CPC provides for every document admitted in evidence in the suit being endorsed by or on behalf of the court, whose endorsement signed or initiated by the Judge amounts to admission of the document in evidence.

Therefore, such challenge asserting that there is no foundation behind the factum of destruction of the sale deed, which the plaintiffs have asserted for introducing the certified copy of the said sale deed dated 21.04.1980 executed by the vendor Sudhir Chandra Paul in favor of the predecessor of the plaintiffs cannot be entertained by this Court at this stage in exercise of its jurisdiction under Section 100 of CPC.

The plaintiffs have been able to prove their title and both the present second appeals filed by Abdul Jabbar are liable to be dismissed being devoid of merit, and accordingly, the appeals are dismissed.