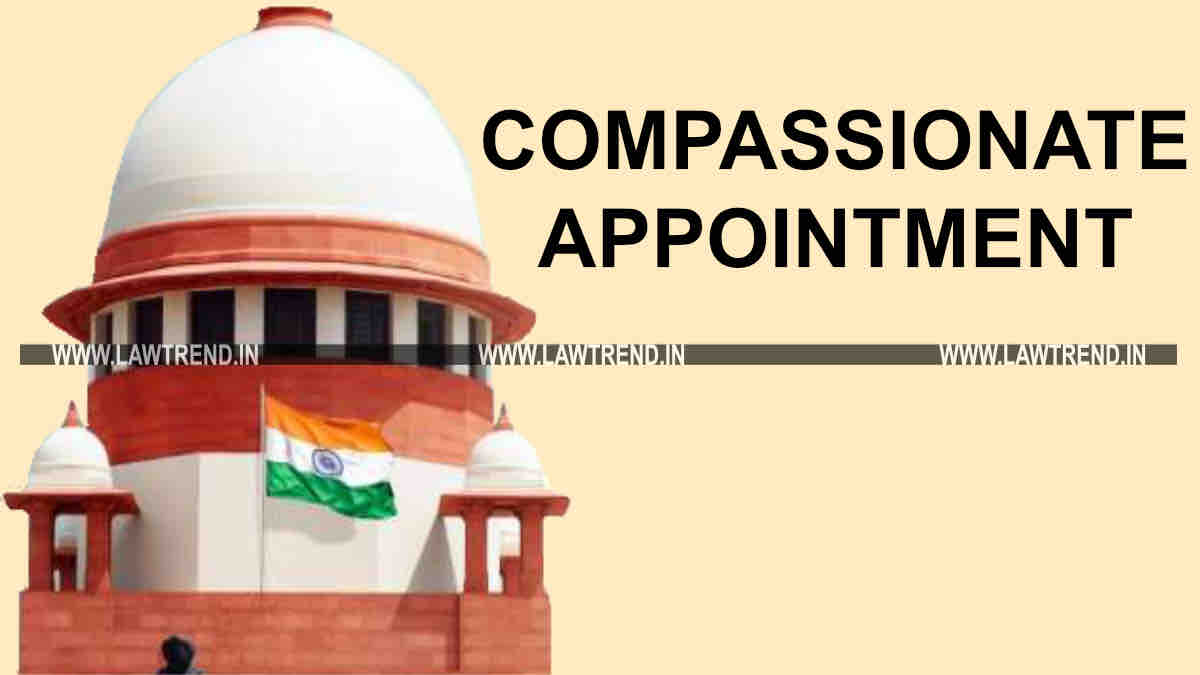 The Tripura High Court in the case of The State Of Tripura vs Smt. Kamalabati Gour (WA No. 228 of 2021) the scheme for compassionate appointment does not give or create any vested rights upon any successors or dependents of a Government employee.

Facts of the case : Sukha Gour, was an employee in the Civil Secretariat, Government of Tripura who died on 18.01.2019 at the age of 52 while he was in service. He was survived by his wife Radhamani Gour, two daughters namely Padmabati Gour and Kamalabati Gour and son Subrata Gour. Among them, Padmabati Gour was married and son Subrata Gour was a minor and wife Radhamani Gour was ineligible to apply for a job on compassionate grounds. Therefore, Kamalabati Gour submitted an application to the Under Secretary in the Civil Secretariat on 21.09.2019 seeking appointment on compassionate ground under the die-in- harness scheme of the State Government. The Under Secretary to the GA (SA) Department informed her that since her father expired after attaining the age of 50, her case would be dealt with under the revised policy and she would be entitled to a special pension under the revised die-in-harness policy and no other benefit would be available to her.

The learned Single Judge allowed the petition of Smt. Kamalabati Gour viewing that death of her father took place on 18.01.2019 when the previous notification dated 26.12.2015 with regard to die-in-harness scheme was supposed to be in operation.

Whether the right to compassionate appointment under die-in-harness policy is a vested right?

Judgment : The die-in-harness scheme of 2015 stands superseded by the revised scheme which has been notified on 02.03.2019 with retrospective operation from 21.11.2018 to provide special pension in lieu of compassionate appointment to the successor of the deceased Government employee who dies in-harness after obtaining 50 years of age and above. It is a settled proposition of law that compassionate appointment cannot be treated as a vested right. Vested right is a right independent of any contingency and it cannot be taken away without the consent of the person concerned. Vested rights can arise from contract, statute or by operation of law.

The appointment on compassionate ground may not be claimed as a matter of right nor an applicant becomes entitled automatically for appointment, rather it depends on various other circumstances i.e. eligibility and financial conditions of the family, etc. the application has to be considered in accordance with the scheme.

Court was of view that the State Government is entitled to modify or change its die-in-harness scheme even with retrospective effect at any time depending upon its financial capacity, availability of posts and changes in policy. It cannot be held as a general rule that an administrative order/circular cannot be given retrospective effect.

It was held that the Kamalabati was not entitled to be considered for compassionate appointment under the old scheme.