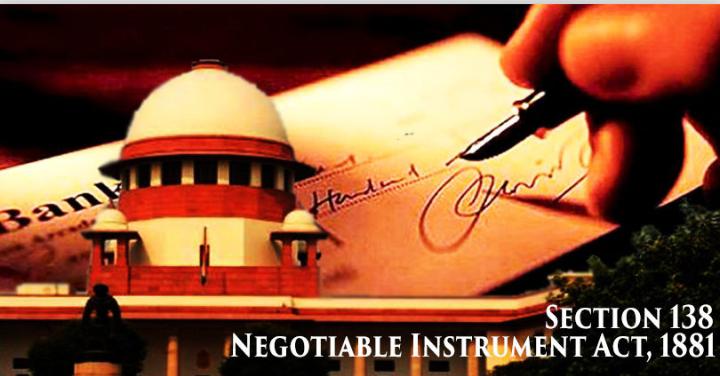 The Tripura High Court in the case of Sri Apu Ranjan Debnath vs Sri Dipankar Majumder (Crl.Rev.Petn 19 of 2019) upheld that existence of legally recoverable debt is not a matter of presumption under Section 139 of the Act.

Facts of the case : This was an application under against the Judgment & Order passed in Criminal Appeal passed by Additional Sessions Judgewhereby the appeal filed by the respondent Sri Dipankar Majumder was allowed setting aside the judgment of the CJM convicting the respondent to suffer simple imprisonment for commission of offense under Section 138 of NI Act.

Judgment : It is a settled position that the standard of proof for rebutting the presumption under Section 139, is that of ‘preponderance of probabilities’ and in rebutting such presumption, accused can rely on the materials submitted by the complainant in order to raise such a defence and if such materials are conceivable then in such cases accused may not need to adduce evidence of his own.

Existence of legally recoverable debt is not a matter of presumption under Section 139 of the Act. It merely raises a presumption in favor of a holder of the cheque that the same has been issued for discharge of any debt or other liability. The courts below, proceeded on the basis that Section 139 raises a presumption in regard to existence of a debt also. The courts below, in court’s opinion, committed a serious error in proceeding on the basis that for proving the defense the accused is required to step into the witness box and unless he does so he would not be discharging his burden. Such an approach on the part of the courts is not correct. An accused has a constitutional right to maintain silence. Standard of proof on the part of the accused and that of the prosecution in a criminal case is different.

But the court was of the view that the basic ingredients which were required for the transaction were not disputed. Neither there was any dispute relating to the issuing of demand notice by the petitioner to the respondent No.1. The criminal revision was allowed. The respondent was sentenced to pay a fine of Rs.3,00,000/-(Rupees three lakhs only) in default simple imprisonment for one year under Section 138 of the NI Act.