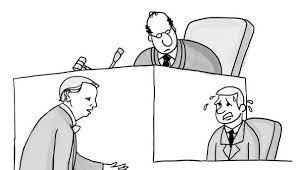 This particular decision is upheld by the High Court of Odisha through the division bench of Justice S.K Panigrahi in the case of Pidika Sambaru v State of Odisha and Anr (CRLREV NO.490 of 2021)

The petitioner was an accused in a criminal case pending in the court of the learned Ad hoc Additional District and Sessions Judge. The case was filed by one of the opposite parties of the given petition, under Sections 376(2)(n)/ 450/ 506 of the Indian Penal Code, 1860 which relates to punishment for rape, house trespass and criminal intimidation respectively and section 4 of POCSO act, 2012 which relates to punishment for sexual assault against children. The accusations by the complainant were of rape on his daughter, seven months ago in his cottage. While his minor daughter resisted, the accused (present petitioner) threatened to kill her. The accused also threatened to kill the complainant and his family members if they reported the matter to police After being insisted upon by the members of panchayat of his village, the complainant decide to report the matter The trial court started the proceedings after medical examination of victim girl, submission of charge-sheet and detention of accused. Five witnesses were examined by the prosecution including the victim girl while there was no council to cross examine on behalf of accused. Later, the accused, after being released on bail, engaged a lawyer and moved an application for re-examination of witness 1, 2 and 3; which was rejected citing the bar under POCSO act. Witness 1 and 2 being material witnesses and witness 3 being the victim, the counsel for petitioner contended that it would be unjust if no opportunity is given to recall and cross examine the said witnesses. Petitioner’s council relied on case of Dharam Pal vs. State of Haryana and stated that an accused has fundamental right of fair trial for which there is a precondition of fair investigation, which is denied in the given case as a chance to cross-examine prosecution witnesses was not provided to the accused. It was further contended that section 33 of the POCSO act is in place to avoid harassment of the child victim and should not be used to deprive the accused from his right to fair trial. The counsel for the opposite parties on the contrary opposed this petition and put forward that the earlier rejection was justified as the accused already had an opportunity to cross examine the witnesses which he let go and now recalling the minor victim would defeat the provisions of section 33 of POCSO act.

In Godrej Pacific Tech. Ltd. v. Computer Joint India Ltd., the Apex Court had interpreted section 311 of CrPC in a way that the first part gives discretionary powers to a criminal court and enable it at any stage to call or recall any person as witness and the second part makes it mandatory if it has new evidence which is important to just decision of the case or it is absolutely necessary for doing justice between the State and the subject. Citing the leading case laws, the court observed that the victim’s right under section 33 of POCSO act has to be balanced with right to fair trial for the accused. So, a subsequent opportunity is to be given to the accused to cross examine the witnesses by recalling them. As no specific procedure is provided under POCSO Act for recall of a witness, section 311 of Cr.P.C shall prevail. In the light of aforesaid and circumstances of the present petition, the court held that it is not unjust to give to the petitioner an opportunity to cross examine the witnesses for purpose of fair trial. The revision petition was disposed of and learned Additional District and Sessions Judge were directed to recall witnesses no.1 to 3 for cross examination by petitioner in one go within a period of one month from the present order and then proceed to expeditious disposal of the criminal case