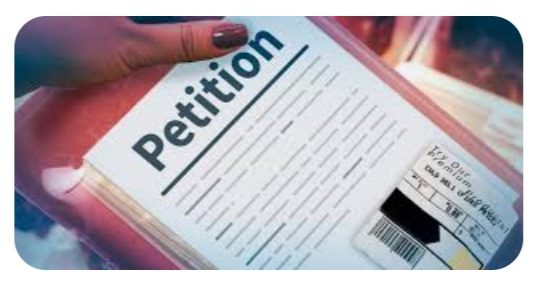 FACTS OF THE CASE:
The instant suit was instituted by the plaintiff for seeking a decree to the tune of Rs. 100 Crore against the defendant, that is, the State of West Bengal (hereinafter referred to as “the State”), on account of vicarious liability for an alleged act of defamation committed by a Hon’ble High Court Judge. The present application is on behalf of the State for rejection of the plaint under Order 7 Rule 11 of the Code of Civil Procedure, 1908. A chronological history of the events that are relevant for settlement of this instant application is given below: a. On May 25, 1998, the wife of the Plaintiff, Mrs. Anuradha Saha passed away in Breach Candy Hospital, Mumbai. On November 19, 1998, Mr. Malay Kumar Ganguly, a relative of the plaintiff, initiated criminal proceedings being Case No. C-3883 of 1998 in the Court of the Learned Chief Judicial Magistrate, Alipore under Section 304 A of the Indian Penal Code, against Dr. Sukumar Mukherjee, Dr. Baidyanath Halder and Dr. Abani Roy, who had treated Mrs. Saha in Kolkata.
In 1999, the plaintiff filed OP No. 240 of 1999 before the National Consumer Redressal Commission, New Delhi against 19 persons who had rendered medical treatment to Mrs. Saha, claiming compensation to the tune of Rs. 77,76,73,500/- with interest; the same was dismissed in the year 2006. The plaintiff also filed a complaint against 3 Doctors namely Dr. Sukumar Mukherjee, Dr. Baidyanath Halder, and Dr. Abani Roy before the West Bengal Medical Council which was later dismissed. Another complaint was filed by the complaint against Breach Candy Hospital, Mumbai and one doctor named Dr. Udwadia before the National Consumer Disputes Redressal Commission. This complaint was subsequently withdrawn by the Plaintiff.

JUDGEMENT:
Based on the facts and arguments served by parties, the Court held that the, instant application bearing G.A. No. 2788 of 2019 in C.S. No. 293 of 2017 for rejection of plaint under Order VII Rule 11 is allowed. C.S. No. 293 of 2017, is accordingly dismissed. With the above directions the present application is disposed of. Further the Court also said that the urgent Photostat certified copy of this order, if applied for, should be made available to the parties upon compliance with the requisite formalities.