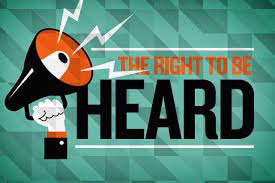 The Tripura High Court in the case of Ditul Debbarma vs State Of Tripura And Others (WP(C)No.225 of 2020) upheld that a person cannot be faulted with or stigmatized without providing him the reasonable opportunity of defense

Facts of the case :  The petitioner was engaged as the Technical Assistant for implementing various projects relating to MGNREGA works. He abruptly received a notice whereby he has been terminated from his contractual job as Technical Assistant under the scheme of MGNREGA. It has been stated in the said notice that the petitioner had been reporting to his project irregularly, not attending the Office timely and also remaining absent from the Office and the pre scheduled meetings. The petitioner was responsible for supervising all the schemes being implemented by the village committees, but his performance was found very dissatisfactory for which the progress of MGNREGA and housing schemes under PMAY(G) had been adversely affected.

The petitioner having received the said notice had filed a representation on alleging the violation of principles of natural justice as he was not given any opportunity to defend himself. The said representation had not been responded to by the respondents. Finding no other alternative, the petitioner had approached the court urging directions on the respondents to set aside the said notice of termination and to reinstate the petitioner in the position of Technical Assistant.

Judgment : The court held that the fairness of action is the obligation of the authorities to provide reasonable opportunity, not to provide or condemn someone without hearing. This is also a component of the principles of natural justice which is embedded in the Constitution of India vide Article 14. A person cannot be faulted with or stigmatized without providing him the reasonable opportunity of defense.

By the impugned notice, he had been communicated that he is flatly terminated. This cannot, by any stretch of interpretation, be stated to be fairness of action.  Having observed thus, the impugned notice containing the order of termination, was set aside and petitioner was directed to be reinstated.