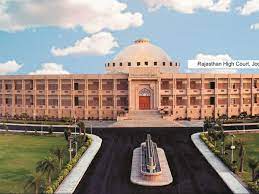 The High Court of Rajasthan, through learned judge, Justice Chandra Kumar Songara in the case of Ekta Dhadhich vs Rajendra Prasad Sharma (S.B. Civil Transfer Application No. 72/2021) held that convenience of wife should be preferred over husband in transfer applications.

FINDINGS OF THE COURT: After hearing the contentions raised by both the parties, the court observed that “It is well settled legal position that while going into the merits of a transfer application, Courts are required to give more weightage and consideration to the convenience of the female litigants, and transfer of legal proceedings from one Court to another should ordinarily be allowed taking into consideration their convenience and the Courts should desist from putting female litigants under undue hardships. In such type of matters, the convenience of the wife is to be preferred over the convenience of the husband”. The transfer application filed by the petitioner-wife was allowed and case pending before the Court of Additional District Judge, Kekri District Ajmer was ordered to be transferred to the Family Court, No.1, Kota