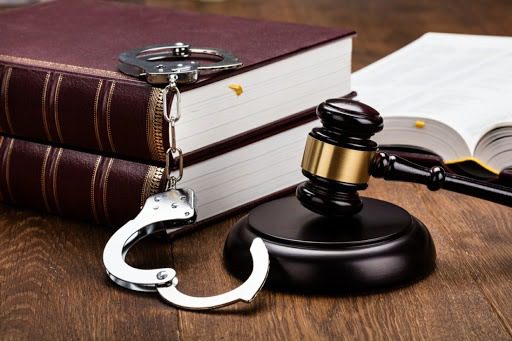 The Bombay High Court upheld the decision of the Additional Sessions Judge wherein a woman committed suicide along with her infant daughter within 7 years of marriage and allegations were placed that she committed suicide on the pretext of cruelty and harassment, but the same could not be proved through the Division Bench of Justices Ravindra V. Ghuge and B.U. Debadwar in the case of State of Maharashtra v. Vijay Dattatraya Kolhe (CRIMINAL APPEAL NO. 293 OF 2003)

‘Jyoti’ Karkhile, who died, was the daughter of Haribhau Laxman Karkhile and Shakuntala Haribhau Karkhile. Furthermore, it was said that the marriage of deceased Jyoti with respondent 1 Vijay was resolved thanks to the participation of close relatives from both sides. Respondents made no request for a gift or dowry. Haribhau and his family members decided to conduct the marriage of dead Jyoti and accused 1 Vijay in the finest possible manner at Kedgaon.

Jyoti’s matrimonial life was regular for around ten months after her marriage. Following that, her husband and father-in-law began pressuring her to deliver the remaining dowry sum of Rs 25,000 and subjected her to abuse in the form of beatings and starvation. When she visited her parents’ house, deceased Jyoti used to tell them about her husband’s and in-laws’ harassment and ill-treatment of her parents and brothers because of a Rs 25,000 dowry.

Meanwhile, Jyoti became pregnant and gave birth to a female child, but she was too terrified to return to the marital home without the remaining dowry. However, after some time had passed, she returned to her matrimonial home and told her husband/accuse that Haribhau would soon arrange the money and asked that he not harass her.

Despite the fact that Haribhau failed to secure the funds, the deceased was persistently harassed, which was revealed to her parents. Jyoti and her daughter were later discovered decaying behind the shrubs in the Ghod river by a fisherman.

Haribhau filed a complaint detailing the accused’s actions, and the crime was reported for offences punishable under Sections 498-A, 304-B, and 306, as well as Section 34 of the Indian Penal Code. Additional Sessions judge decided that the prosecution failed to show dowry demand and that the accused harassed Jyoti for non-payment of the residual dowry sum. The state chose the current appeal since it was aggrieved by the same.

Based on the evidence presented, the bench concluded that Jyoti and Kranti committed themselves by drowning in the Ghod river, resulting in suicidal death.

The court ruled out the notion that the accused became irritated after Jyoti gave birth to a daughter and began tormenting Jyoti more; instead, based on the facts presented, it was determined that they were pleased. Furthermore, the High Court stated that when Haribhau, Deepak, Shakuntala, and Sudam were well aware that the accused had been harassing Jyoti for more than a year due to non-payment of the remainder dowry of Rs 25,000, it was expected on their part to immediately disclose the same to police, but they did not disclose anything about the aforesaid conduct of the accused.

The High Court considered the accused’s accusations of harassment of Jyoti to be imprecise and broad. In light of the facts and circumstances of the case, the Bench determined that Jyoti committed suicide within 7 years of her marriage with accused 1 Vijay and that the accused cannot be held guilty, either for the offence punishable under Sections 498-A, 304-B, or 306 read with Section 34 of the IPC, as evidence on the aspect of subjecting her to cruelty by accused persons on account of remainder demand of dowry of Rs 25,000/- soon before her death or driving her to the same, The presumption proposed in Sections 113A or 113B of the Evidence Act would not support the prosecution since Jyoti’s cruelty as a result of dowry demand was judged to be dubious.

The fact that Jyoti committed suicide cannot be used to convict the accused of acts punishable under Sections 498-A, 304-B, or 306 read with Section 34 IPC on suspicion, since the prosecution’s evidence about the demand for dowry and harassment of Jyoti was questionable and unworthy of confidence.

After reconsidering the material, the High Court concluded that the Additional Sessions Judge’s conclusion was neither inaccurate nor implausible. Hence, the appeal was dismissed.