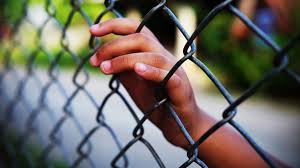 This particular decision is upheld by the High Court of Odisha through the division bench of Justice V Narasingh in the case of Roshni Meher v. State of Odisha, 2022 SCC OnLine Ori 1393

The facts of the case are such that the petitioner is an CCL i.e. child in conflict with law and an accused on the files of Additional Session Judge-Cum- Special Judge Protection of Children from Sexual Offences Act i.e. POCSO Act, Bargarh, arising out of J.G.R. under Sections 450/307/302/34/120-B of Penal Code, 1860 i.e. IPC and is in custody since 08-12-2018. Being aggrieved by the rejection of her application for bail U/s.439 Cr.P.C. by the Additional Session Judge-Cum- Special Judge POCSO Act, Bargarh, by order dated 23-07-2019 in the aforementioned case, the present BLAPL was filed.

The court stated that it is indeed disconcerting that the concerned District police administration have scant regard for the orders passed by this Court and have chosen to disregard repeated communication from the office of the Advocate General for submission of Case Diary for which the Case has to suffer adjournments. It is fervently hoped that necessary corrective action shall be taken so as to make the Police machinery more responsive to the needs of administration of justice.

The court also stated that considering the age of the petitioner and the period of custody, this court is constrained not to grant any further adjournment to the counsel for the State. On a conspectus of the materials on record, this court directs the petitioner to be released on bail on such terms to be fixed by the learned court in session over the matter.