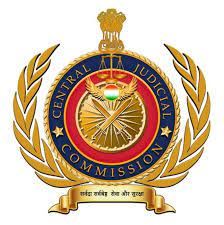 This particular decision is upheld by the High Court of Telangana through the learned bench led by a Division Bench of CHIEF JUSTICE RAGHVENDRA SINGH CHAUHAN AND JUSTICE B. VIJAYSEN REDDY in the case of Baglekar Akash Kumar v. State of Telangana (WRIT PETITION (PIL) No. 97 of 2020).

The present Public interest Litigation was filed based on a news item published in “The Hindu” newspaper on 10-05-2020 entitled “Police, not Judges, award punishment”. Baglekar Akash Kumar wrote a letter to the Chief Justice in view of the incident reported in the above-stated news item. In the said news item 5 accused persons were alleged to have committed the offence under Section 319 of Penal Code, 1860. The said accused persons were allegedly made to move barricades under the scorching summer sun by the police. The above-stated act amounts to the torture inflicted by the police and hence necessary action was sought by the petitioner against the police personnel.

Further, the petitioner’s counsel submitted that since the identity of the accused persons was changed by the reporter of “The Hindu”, it remains unknown. Hence, to enquire into the veracity of news, a Judicial Commission should be appointed.

Court in regard to Judicial Commission stated that,

In the present matter, all the witnesses have clearly stated that they had helped the police voluntarily which gives the Court no reason to disbelieve their statements. In view of the above circumstances, the bench is not inclined to appoint a Judicial Commission to examine the alleged incident.

In view of the above writ petition was disposed of.