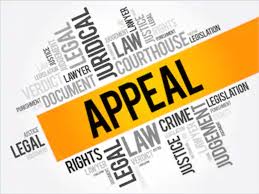 The Madhya Pradesh High Court in the case of Shivnarayan vs Mahesh Patel (CRIMINAL APPEAL No. 3368 of 2015) dismissed the appeal because no corroboration was found from the evidence of any other witness and medical evidence.

Facts of the case: Shivnarayan Singh resident of Village Kartana, Police Station Timarni lodged an FIR stating that he is a farmer. On 03.08.2014 at around 10:00 AM he was going from his home towards the bus stand. At around 10:00 AM, when he reached Mahesh’s shop. Mahesh said that he always coughs up so today let us teach him a befitting lesson. Mahesh Patel and his son Santosh uttered filthy words related to mother and sister. Thereafter, Mahesh Patel and Santosh threw stones towards him causing injuries over his head and left eyebrow. He fell down on the spot. In the meantime two other persons reached there and beat him with fists. Mukesh Rajput (PW-2) pacified the matter. They all intimidated him, telling that they will kill him in future. He along with his son Premnarayan (PW-3) lodged an FIR in police station. On the basis of narration given by Shivnarayan Singh (PW-1) an FIR was registered at  Police Station Timarni for commission of offense under Section 294, 323, 506, 34 of IPC.

On the other hand, learned counsel for the respondents had submitted that on the date of incident, appellant Shivnarayan Singh (PW-1) along with his son had caused life threatening injuries in the abdomen of respondent No. 1 Mahesh. An FIR was lodged by respondent No.1 Mahesh against appellant Shivnarayan Singh for commission of offense under Section 307, 294 of IPC and in that case Shivnarayan Singh (PW-1) had been convicted and sentenced for commission of offence under Section 307 of IPC by learned Sessions Judge. Shivnarayan Singh (PW-1) with an intention to escape from criminal liability of attempt to murder Mahesh with the help of his brother-in-law a police inspector posted in some other district in collusion with local police got registered a false case against Mahesh Patel and his son Santosh with a view to pressurize them for compromise.

Premnarayan is son of Shivnarayan Singh. He in his cross examination admitted that his maternal uncle Omkar Singh is a Police Inspector. In such circumstances, registration of a false case against an accused person with a view to escape Shivnarayan Singh from commission of offense of causing life threatening injury to respondent Mahesh Patel by knife could not be ruled out. Consequently, the appeal filed by the victim was dismissed.