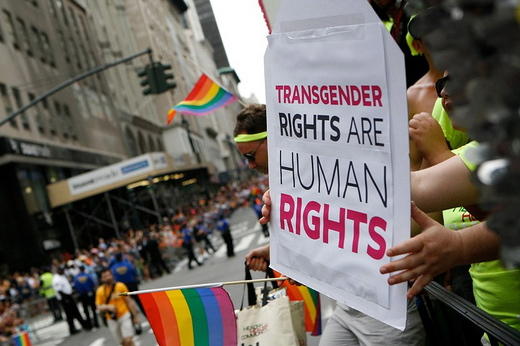 This particular decision is upheld by the High Court of Odisha through the division bench of Justice Aditya Kumar Mohapatra in the case of Kantaro Kondagari @ Kajol v. State of Odisha & Ors (W.P.(C) No. 4779 of 2022)

The petitioner’s father, Balaji Kondagari was a government employee who worked for the Rural Development Department’s Executive Engineer RW Division in Rayagada. Smt. Binjama Kondagari after the death of her husband Balaji Kondagari’s, was sanctioned and received the family pension after his death. After her death the current petitioner applied to the Executive Engineer RW Division, Rayagada for a family pension under Rule 56 of the Odisha Civil Services (Pension) Rules, 1992 for the grant of a family pension in her favour. It must also be mentioned that the current petitioner and her sister are unmarried, widowed, or divorced daughters, and hence are eligible for a family pension.

The issue in this particular case was Whether a transgender daughter has right to claim family pension. To the pertaining issue the petitioner contented that the concerned members ignored the petitioner’s request for a family pension, despite the fact that Rule 56 of the Orissa Civil Services (Pension) Rules, 1992 allows for the payment of a family pension to an unmarried daughter and as she was a transgender the authority had certainly treated her differently. The petitioner was a transgender (Women) as evidenced by a certificate granted by the District Magistrate on December 2, 2021. On the other hand, the counsel for the State claimed that the competent authority, namely the Ex. Engineer, R W division, had already recommended the petitioner’s case.

Court was of the considered view that the petitioner as a transgender has every right to choose her gender and accordingly, she has submitted her application for grant of family pension under Section 56(1) of Odisha Civil Services (Pension) Rules, 1992. Further such right has been recognized and legalized by judgment of the Hon’ble Apex Court in NALSA’s Case (supra) and as such, the law laid down by the Hon’ble Supreme Court is binding on all. Therefore, the present writ petition filed by the petitioner deserves to be allowed and the same is hereby allowed. The Principal Accountant General (A&E), Odisha, Bhubaneswar (Opposite Party No.5) is directed to process the application of the petitioner as expeditiously as possible preferably within a period of six weeks from the date of communication of certified copy of this order. The Opposite Party No.5 is further directed to immediately calculate, sanction and disburse the family pension as is due and admissible to the petitioner within the aforesaid stipulated period of time.